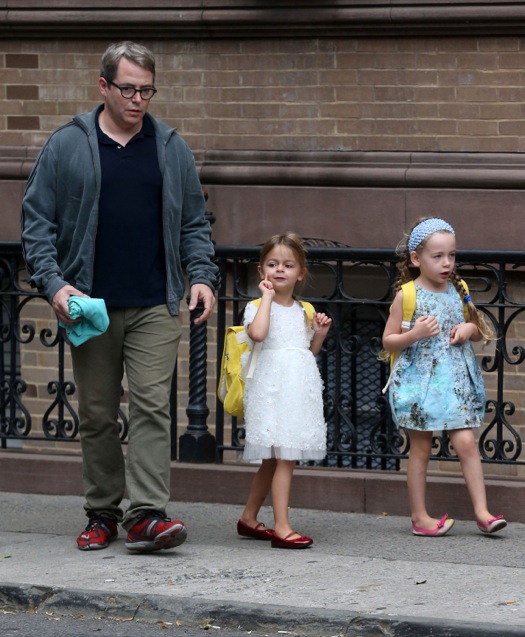 The Producers actor was dressed casually in a black shirt and zip up sweater with green khakis. His daughters who both wore cute dresses followed besides him.

Broderick and Nathan Lane have teamed up once again to star onstage with one another in Terrence McNally’sIt’s Only a Play.

“We’re just friends,” said Lane. “We socialize. We have a lot of mutual friends. It’s not like The Sunshine Boys, where we’ve been estranged for years. Finding our rhythms is very easy.”

The actors last appeared together on Broadway in the 2005 revival of Neil Simon‘s The Odd Couple.