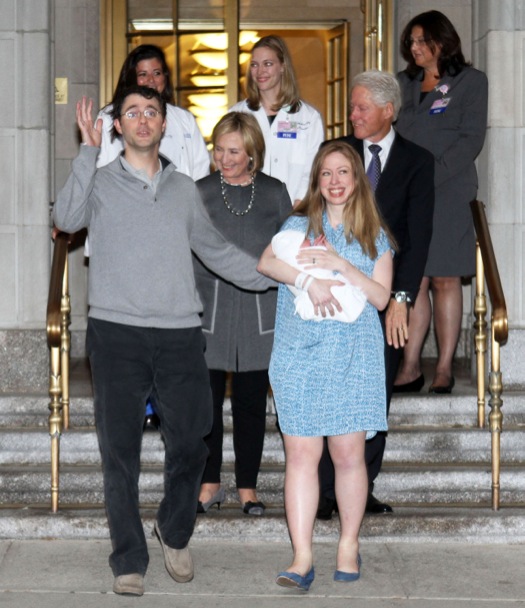 Chelsea Clinton was seen leaving the Lenox Hill hospital with her husband Marc Mezvinsky, their newborn daughter Charlotte and her parents in New York City on Monday (Sept. 29).
The new mom beamed wearing a loose fitting dress while holding her baby girl who was wrapped up tightly in a blanket and matching hat. Grandparents Bill & Hilary Clinton were all smiles as they posed for pictures.
Chelsea confirmed via Twitter that she had given birth on Friday night.

“Marc and I are full of love, awe and gratitude as we celebrate the birth of our daughter, Charlotte Clinton Mezvinsky,” the new mom wrote via Twitter.

The couple, who married in July 2010, announced in April that they were expecting their first child.

Preparing for Your Child’s Education