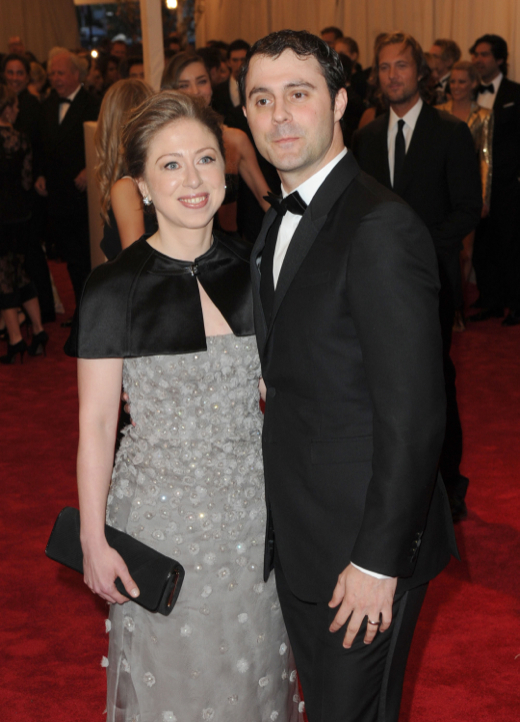 Chelsea Clinton is pregnant and expecting her first child with husband Marc Mezvinsky.

The daughter of President Bill Clinton and former Secretary of State Hillary Clinton announced the news during the Girls: A No Ceilings Conversation event in NYC on Thursday (April. 17).

“One more thing to say very quickly,” Chelsea said. “Mark and I are very excited that we have our first child arriving later this year. I certainly feel all the better whether it’s a girl or a boy that they’ll grow up in a world with so many strong female leaders…”

Chelsea went on to say she hopes follow in her moms parenting footsteps.

Clinton and Mezvinsky married in Rhinebeck, NY, in July 2010.

JUST EAT App: Ordering Out Dinner For The Family Made Easy