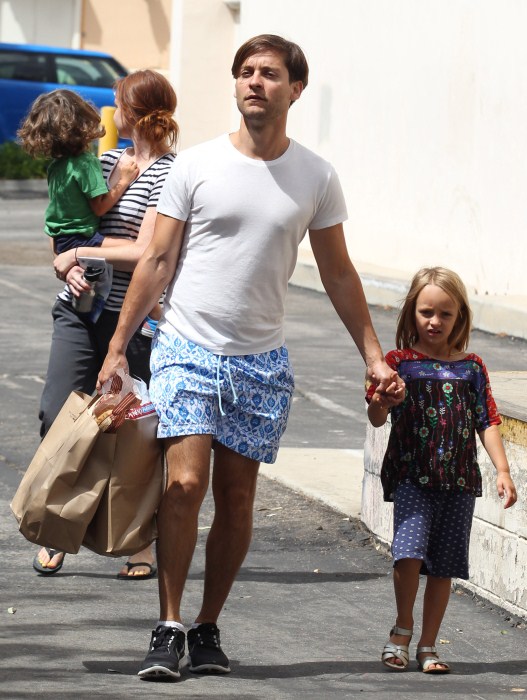 Tobey Maguire took his two children six-year-old Ruby and three-year-old Otis to a market in Malibu, Ca on Monday. Maguire wore a white shirt with printed board shorts as he carried two big bags of grocery. Ruby gave the paparazzi a dirty look as she held her daddy’s hand. Otis followed behind with their nanny.