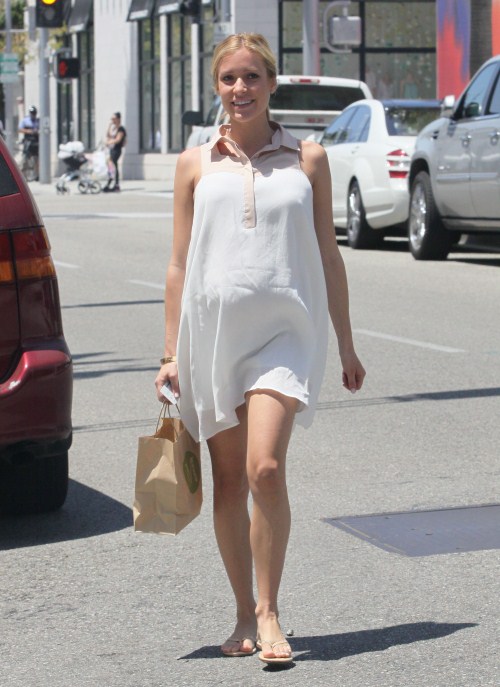 Kristin Cavallari wants people to know that she is still trying to lose the baby weight!

The reality star who gave birth in August to son Camden has denounced an article in which Us Weekly claimed she had “lost all her baby weight“. Cavallari was also said to be working out like crazy with a trainer.

“Just like every other new mom out there, they know the weight just does not magically fall off,” she tells Life & Style. “The truth is I am struggling to lose the last few pounds that I have but I am happy with my weight and I’m not going to kill myself for it.”

“I haven’t lost all of my baby weight yet. That’s sending the wrong message to women.”

“It was the most incredible moment I’ve ever felt,” she told the magazine. “With Camden, I’ve realized what really matters. We’re a family.”

What do you think of Cavallari refuting the article? Was US Weekly sending the wrong message?