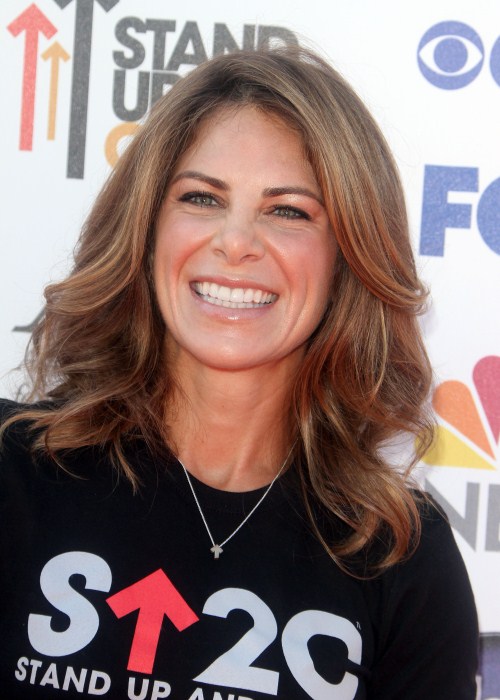 Jillian Michaels has recently opened up about the trials and tribulation a fitness mom goes through on a daily basis. The popular trainer and host of reality tv’s The Biggest Loser has said that being a mother of two is like hell, but also has many heavenly moments too.

“It’s been hectic, chaotic, confrontational – all the things you imagine it would be,” said Anderson, “but it’s also been magical, meaningful, and rewarding.”

We know Jillian Michaels is quite the busy bee as she tries to juggle her job as a parent along with her role on the The Biggest Loser and her own personal fitness life since she doesn’t get that fit body just by training the obese contestants of the popular show. She is a work out-aholic, she has abs of steel and legs of metal and probably pushes herself as much as she pushes the losers-wannabes she trains on the show. As crazy as she is about her active lifestyle incorporating her kids into her environment is still something she struggles with.

“I like to take Phoenix hiking in a Björn, or Lu for a bike ride in the sidecar or out with me on the paddle board,” said Michaels. “I take them for jogs with my jogging stroller, and we love to play on the beach. I do everything I can to be active with my kids.”

“I hate being away from them, especially overnight,” says Michaels. “We travel as a little brood and the new executive producer on The Biggest Loser is a woman, so she is particularly sympathetic and very open to the kids being on set.”

Added the famous trainer. Incorporating your kids into your work out is the only to stay in shape as a parent and it’s a good thing Michaels is doing it as a lot of parents stop working out as much or altogether.

“Lu is having a ‘language explosion,’ as her preschool teachers like to say,” says Anderson about her oldest one.“It’s so cool to listen to her express herself, tell us what she wants, how she’s feeling, what’s on her mind.”

“Phoenix is super aware, babbling constantly,” adds the trainer. “He is able to sit up, roll over, hold his bottle. It’s so amazing watching him gain control of his body and seeing how proud he is about it.”