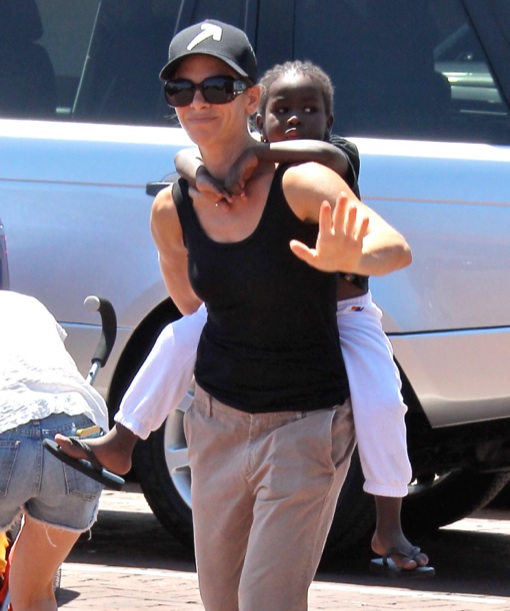 Jillian Michaels took her daughter Lukensia to a park in Malibu, California on Tuesday (Aug. 20).

The fitness guru wore a black tank and khakis while giving the 3-year-old a piggy back. Lukensia played on a playset before joining her mom for some sand fun.

Jillian’s partner Heidi Rhoades and their 1-year-old son Phoenix were  not present.

Adopting Lukensia from an orphanage in Haiti about 1-year-ago, the new mom describes her daughter’s personality as very shy.

“Actually, she’s incredibly shy,” she told Ladies’ Home Journal last summer. “She’s clever and adventurous, but it’s kind of heartbreaking because you have to understand she has been [at the orphanage] since she was 9 or 10 months old.”

Meanwhile, Jillian recently completed her 14th season as the host trainer for NBC’s The Biggest Loser.

Teresa Palmer Has Pregnancy On Her Mind