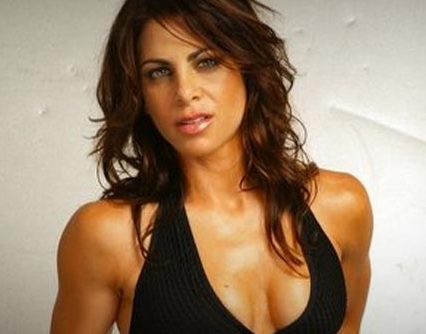 Jillian Michaels isn’t becoming a drooling softie now that she’s welcomed two children with her partner Heidi Rhoades. Instead, the tough trainer from the super popular Biggest Loser television show is going to be even tougher on her poor, helpless “victims”. (Joking!) The 38-year-old told TV Guide, “No matter what I do – and I do everything: radio shows, DVDs, books – there’s something about the show that gets in people’s heads in a way that other mediums just can’t. I went to see Madonna in concert and she played all this new music. And everybody just wanted to hear ‘Holiday.’ I realized this is ‘Holiday’ for me.”

On the 14th season of The Biggest Loser premiering this Sunday at 9 p.m, the contestants will experience the same Jillian Michaels they’re used to. “Everybody was like, ‘You’re going to be so much softer.’ And I really wanted to be, but it’s not the case,” Michaels said, before adding, “I feel like aspects of my business and home life are being sacrifices for me to be here, and I need that sacrifice to be worth it. It’s worse than it’s ever been actually.”

Michaels, being the positive inspiration that she is, also opened up about the difficulties of being a working mother and revealing to the world her public life. “My agenda is trying to help people live a better life. My life is my business. But the minute you bring kids into the equation, you kind of don’t have a choice. What was I supposed to do? I materialized a newborn. I didn’t know how else to manage that one,” she explained exclusively. After publically revealing her personal life to the world, Michaels clarifies that she was a bit taken aback by the public reaction, “I was surprised. People were pretty supportive. We’ve got it all going on in our household – two moms and a black daughter – so I thought we were going to get it from every angle. But for the most part, people basically said, ‘God bless. Congratulations!’”

We love you too Jillian Michaels!

Gisele Bundchen Believes Children Teach Us What Life Is All About