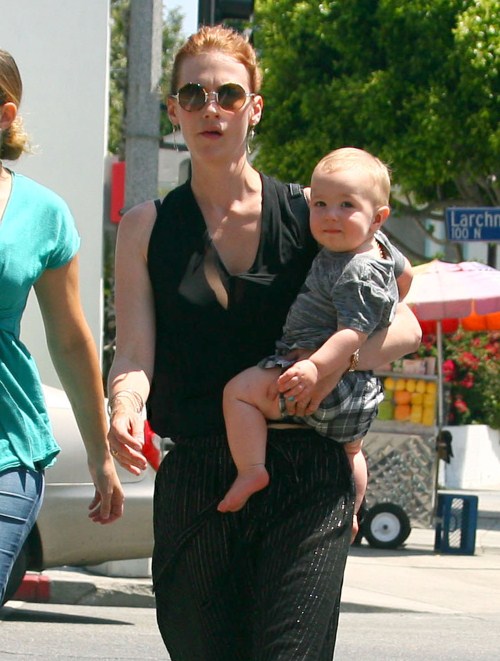 Mad Men star January Jones and her 11-month-old son Xander were spotted out in West Hollywood, California on Tuesday.  The mother-son duo were accompanied by friends as they made their way to lunch. Jones wore a black skirt with a matching top as she carried Xander.

Jones recently told mom.me website that is hard being a working mom.

“I had to go back to work when Xander was six or seven weeks old, but I’m lucky that I have a job that I can bring him with me. I was able to bring him to work and nurse, and I could see him when I missed him, which was often even though I was only feet away.

“‘Mad Men’ has such long hours, and then you go home and you don’t sleep. So it was hard.”