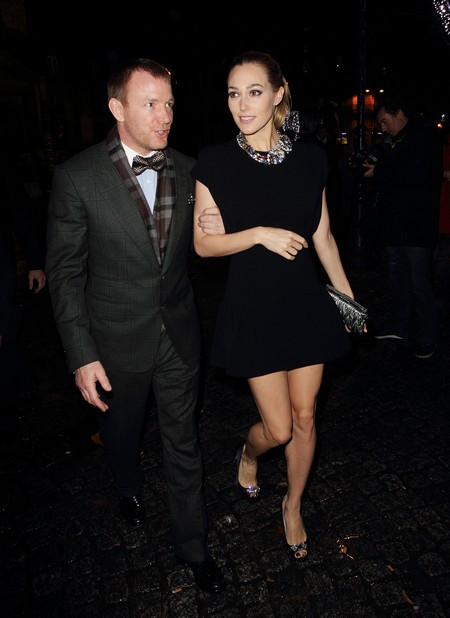 Madonna‘s ex husband Guy Ritchie and his girlfriend Jacqui Ainsley have confirmed they are expecting their second child together.  Guy and Jacqui got the pregnancy rumours last night (18.07.12) when the model appeared on the red carpet at the European premiere of ‘The Dark Knight Rises’ with her director boyfriend sporting a bump under her dress.

A spokesman for the ‘Sherlock Holmes’ filmmaker has now confirmed the happy news in a statement which said: “Guy Ritchie and Jacqui Ainsley are thrilled to confirm they are expecting their second child together later this year.”

This will be the director’s fourth child. He has an 11-year-old son Rocco and adopted son David, six, with his ex-wife Madonna.