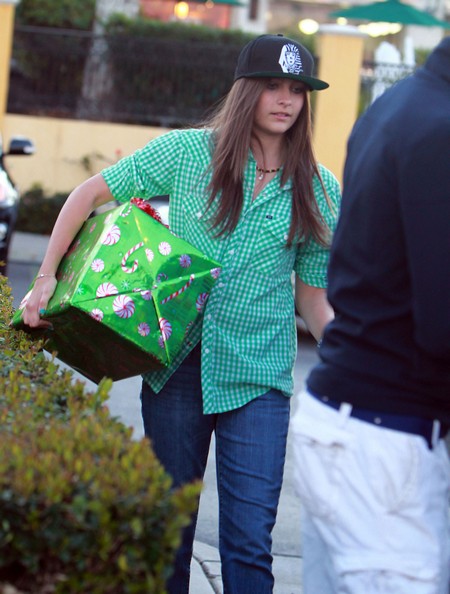 Things have gotten very messy these past few days for the Jackson family.  Matriarch Katherine was reported missing before later turning up in Arizona. When Janet, Jermaine and Randy Jackson went their mother’s house the other day an altercation occurred that eventually involved the police.  The Jackson siblings arrived at the house with the intention of taking Michael’s children, Prince, Paris and Blanket to their grandmother in Arizona.

It has been reported that Paris defied the families wishes and Janet responded by slapping her and calling her a “Spoiled little b**ch.”  Paris is rumored to have hit her aunt back before saying, ‘This is our house, not the Jackson family house. Get the f**k out.”

No charges were filed after the altercation.  Obviously these kids are in turmoil once again.  Paris has mentioned missing her grandmother for days so it’s a mystery why she didn’t want to be brought to her in Arizona.  Also, Trent Jackson, Michael’s cousin who is very close to the kids, has now had legal paperwork drafted to request temporary guardianship.  This is a move that Michael’s children are said to support.

What a mess this situation is!  Do you think Janet really hit Paris out of sheer frustration?  Teenage girls have a way of really pushing buttons and I’m sure Paris is no different!  Tell us your thoughts on the Jackson family drama below.  Who do you think should have custody of the kids!