Adele To Give Birth In September 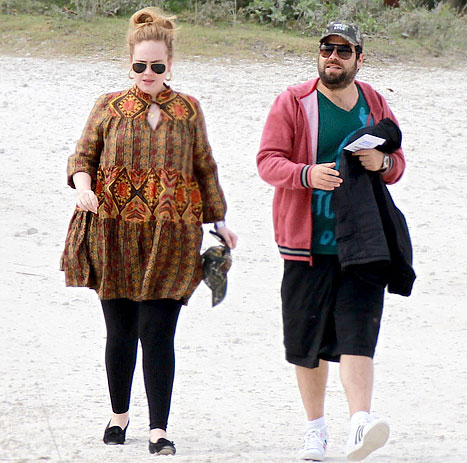 Adele is set to give in September.

The singer has reportedly hidden her bump from the public for months by keeping a low profile and wearing baggy clothes.

“Adele has barely left the house in recent months, so she could keep this to herself for as long as possible,” a source said.

“She stopped exercising a few months ago, and since then it’s been all about the baby. Family is very important to them and they’ve been talking about kids and getting married since they met last September. I think Adele’s still quite surprised at how quickly it happened, though.”
“She’s clearly got the usual nerves of an expectant mum, but Simon’s been amazingly reassuring, they’re both so happy.”

Jessica Simpson’s Weight Lose Is Stinking Up The House

Pink Spending All Her Time With Willow Hart Before Tour Starts