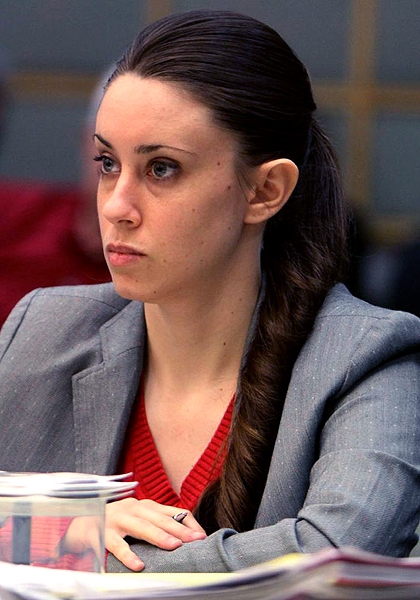 Unfortunately, we haven’t heard the last of Casey Anthony!

On Tuesday, the mother that was nfamously acquitted last year in the 2008 death of her 2-year-old daughter Caylee broke her silence during a 10-minute phone interview with Piers Morgan on CNN.

“Obviously, I did not kill my daughter. If anything, there’s nothing in this world l’ve ever been more proud of, and there’s no one I loved more than my daughter. She’s my greatest accomplishment,” Anthony told Piers off-air.

Amthony admitted that she came off less than sympathetic to the world during the investigation and subsequent trial.

“I’ve looked back at some of the interviews [I] did and the way I’ve come across,” she told Morgan. “It’s horrible. It looks absolutely horrible. And I’m ashamed in many ways of the person that I was because even then that wasn’t who I am.”

But she also dispelled common assumptions that she stands to profit from her notoriety and her daughter’s still-unsolved death.

“I’m not making gazillions of dollars at the hands of other people, or trying to sell myself to anyone willing to throw a couple of dollars at me,” she insisted.

But, her lawyer Mason pointed out. “When the time comes she will have her story to tell.”

Can this woman just go away!?
Continue Reading