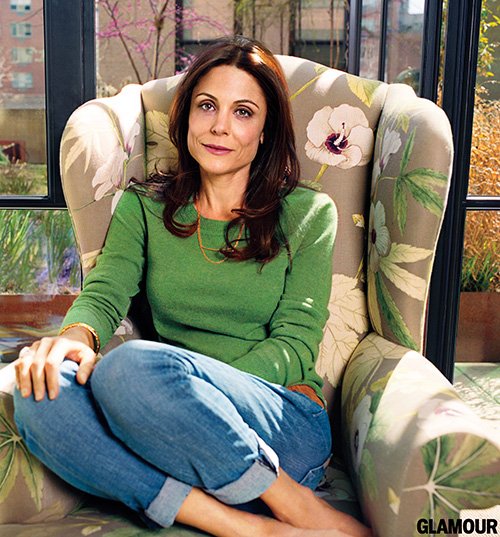 Bethenney Frankel who suffered a miscarriage earlier this year has opened up about the tragic event in the July issue of Glamour Magazine.

“Because my first pregnancy had been complicated, and because I was over 40, the doctor told me that I was “high risk” and needed to take it easy. So I took it so easy. I had to. I was still bleeding, and I was nauseated and uncomfortable—‘way worse than last time,’ I said to Jason. I felt seven months pregnant even though I was six weeks along. And because we hadn’t planned this, I felt unprepared, like we had so much to do to get ready for this baby. Still, I was excited, if cautiously so, with the words high risk ringing in my ears,” the reality star told.

Frankel admits that she blamed herself when she first heard she suffered a miscarriage.
“I got dressed, we met the doctor in his office, and I launched into it. “Is it because I’m busy? My lifestyle? Is this my fault?” I asked. “Absolutely not, absolutely not,” he replied before I could dump all my neuroses on his desk. “You’re 41. You had bleeding. There’s nothing you could have done.” And I hadn’t done anything. Since I’d found out, I’d been lying down for an hour or two every day and lettings others take up the slack. But I blamed myself—of course I did.”

“Afterward, I went through a range of emotions. There was something so sad about it—that there had been a life there, and then suddenly it was not there. There was also, I have to admit, a bit of relief that I wouldn’t be starting my new TV job seven months pregnant. And then there was immense guilt at the relief.”

As for whether or not she’ll try to have a second child again, Frankel says it’s not really up to her to decide.

“I know that Jason wants another child, but we got married when I was in my late thirties. There are a lot of things he gets by being with me—adventure, excitement, passion. But he doesn’t get the two kids. Or maybe he will. People ask me, ‘Are you going to have another baby?’ and I get a little angry. I know my shtick is being an open book, but when you ask a woman in her forties that question, it’s not always her choice. I’m healthy and could try again. But I don’t want to be a ‘trying’ person. If it’s meant to be, it will happen.”