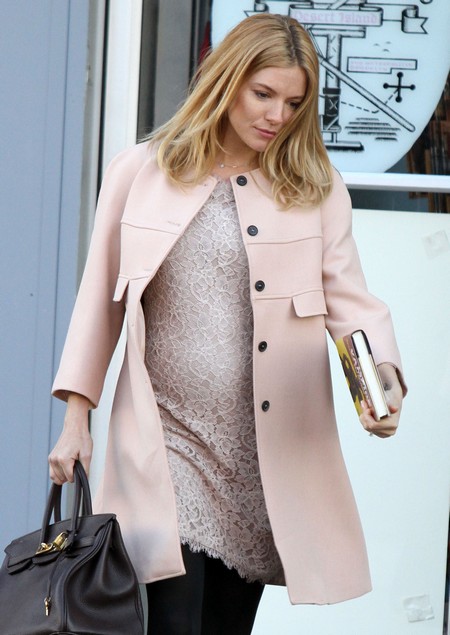 Sienna Miller is expecting her first child with fiancé Tom Sturridge and has recently begun practicing the relaxation and strengthening technique because she hates working out.

She said: “I have been trying to do some pregnancy yoga as I’m definitely not a gym person.

“My mum started up one of the first yoga schools in London in the 70s, so I should probably utilise her expertise as I have really bad posture. But I think I’d probably kill her if she tried to tell me to sit up straight.”

Sienna thinks her skin looks much better since she got pregnant – though she is unsure whether that is due to her having quit smoking and drinking alcohol.

She added to Marie Claire magazine: “My skin definitely looks better since I became pregnant – although not smoking or drinking has probably helped with that.

“Body-wise I’ve been slathering on Dr. Hauschka Blackthorn Body Oil to try to prevent stretch marks, which is gorgeous and certainly seems to have worked so far.”