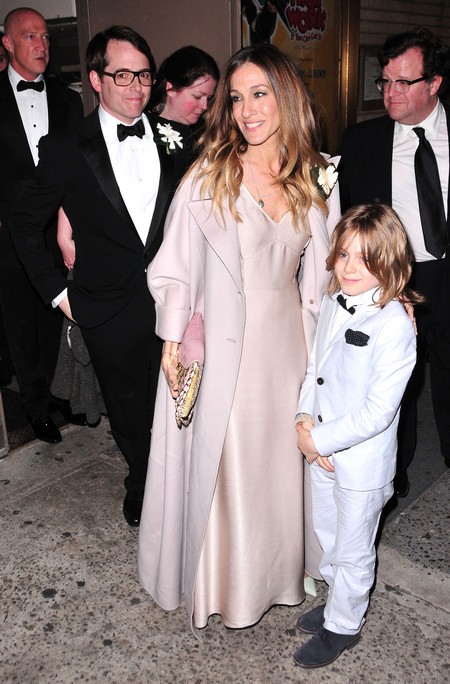 Actress Sarah Jessica Parker, husband Matthew Broderick and their son James Wilkie Broderick leaving the Broadway play ‘Nice Work If You Can Get It’ in New York City, New York on April 24, 2012. Matthew is staring in the new Gershwin musical.