Mariska Hargitay: “Adoption Was A Bumpy Ride, But God Was It Worth The Fight!” 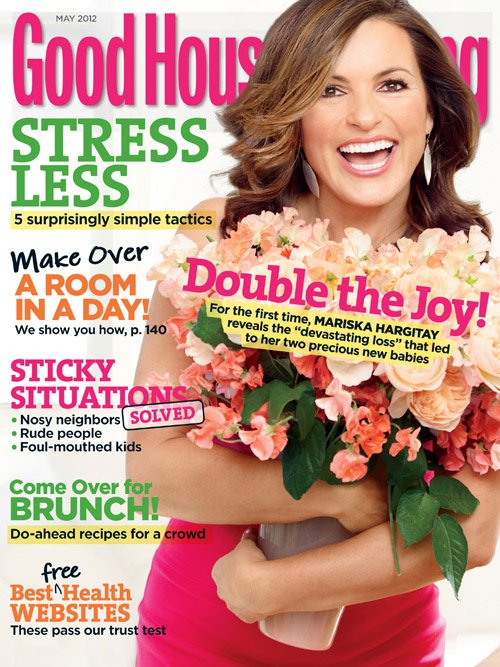 Law & Order: SVU star, Mariska  Hargitay covers the May 2012 issue of Good Housekeeping. In the magazine interview the mother of three opens up about adopting her two youngest children and the struggles that came along with adoption.

Hargitay who has two adopted children admits adopting takes a strong person and is not the easiest thing to do.

“I’m not gonna lie. There were wrenching moments. I say to everybody, ‘Adoption is not for the faint of heart.’ “

The actress tells of how when she first went through the process the birth mother changed her mind at the last minute.

“The long and short of it: The birth mother changed her mind. It was nothing short of devastating. But…this is what I’ve come to understand about life: It was probably the greatest, happiest ending. I mean, it was so painful for us, but it was deeply joyful and deeply right for her.”

However, her first experience did not deter her and husband Peter Hermann from giving adoption another chance.  The couple adopted daughter, Amaya Josephine in April 2011.

“The whole thing was kind of…storybook. It was almost too good to be true. Peter and I held her, and then the birth mother and I hugged for a long time. That was profound. That was one of the most meaningful moments I’ve ever had in my life.”

Just six months after the adoption of Amaya the couple decided to adopt son Andrew Nicolas who was three months premature.

“I don’t really know what to say about it, other than it was a no-brainer. Peter and I both thought, Let’s do it! I’m in! It was like…a miracle. And I don’t use that word lightly. I’ve never made a bigger decision so quickly. The whole thing happened in a total of two days.”

So would the actress do it all over again?

“Adoption was a bumpy ride—very bumpy,” she says, as a huge smile lights up her face. “But, God, was it worth the fight.”