Victoria Beckham: “It’s All About The Children.They’re The Most Important People!” 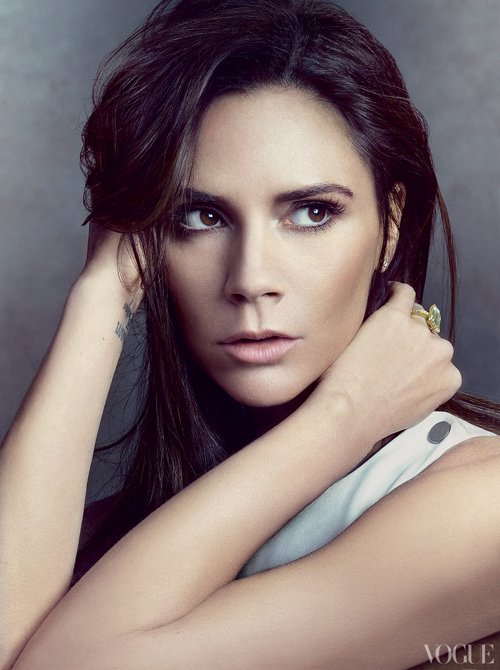 Victoria Beckham is featured and her designs are featured in the April 2012 issue of Vogue. Beckham opens up about her son Romeo’s birthday and why her family stayed in the US after husband David Beckham’s contract with LA Galaxy ended.

For Romeo’s surprise birthday Victoria and David arranged a surprise visit to Justin Bieber’s music studio. Unfortunately, Bieber got a little mixed up on what celeb kid he was meeting!

“For Romeo’s birthday, as a surprise, the family took him to hang out in Justin Bieber’s studio while he was recording his Christmas album. Bieber sweetly sent the boys signed guitars afterward, but Romeo’s was signed to ‘Pax’ (of the Jolie-Pitt clan). So we got one of the Jolie-Pitts’ guitars,”

It was rumored that the Beckham’s would be moving to Paris, so David could play for St Germain Footballl team after his contract ended with LA Galaxy, but Victoria says they decided it was best to staying LA for the kids.

“It would have been fun for David to play in Europe again – he’s not getting any younger. And Paris would have been very exciting for me, career-wise, but we came to the conclusion that it’s all about the children – they’re the most important people here. Also, David came here to raise the profile of soccer in America; I’m really proud of him, but his job is not done yet.”

Do you think they made the right decision?