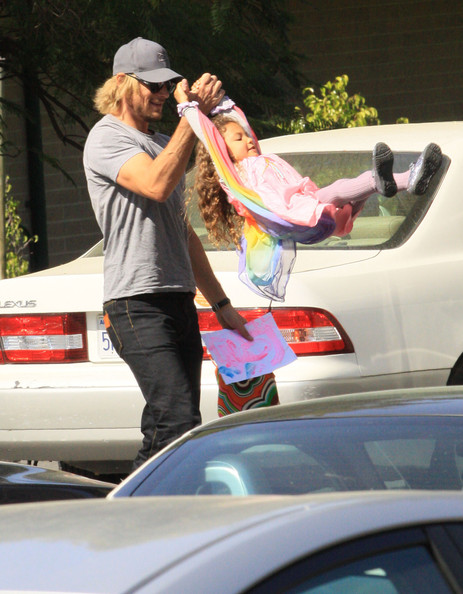 Gabriel Aubry picked up his three-year-old daughter Nahla from school in Los Angeles, CA on Friday. Little Nahla looked excited as can be to see her dad.  She quickly grabbed his arm, so he could swing her up and down.

Nahla turns four-years-old on March 16. It is unclear what her parents will be doing on her birthday, but it certainly won’t be together.  Berry is in middle of petitioning the court to allow her to permanently move Nahla to France.

Jessica Alba On Motherhood: I’ve “Become the Person I Always Should Have Been”