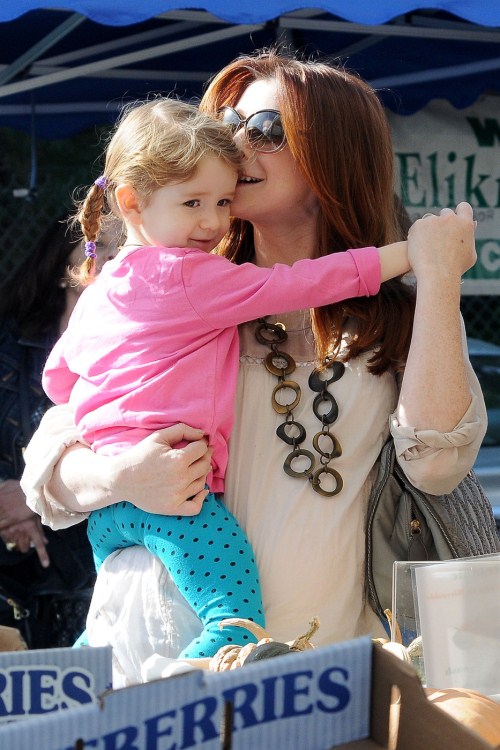 Alyson Hannigan wears a prosthetic baby bump while filming the hit show How I Met Your Mother because she’s not as pregnant as her character, Lily Aldrin.

“It would have been better if I was due a little earlier so I wouldn’t have to wear a pregnancy pad,” she tells the website Mother Nature Network.

Although, Hannigan admits she’s relieved she doesn’t have to cover up her baby bump with props as she did during her first pregnancy.