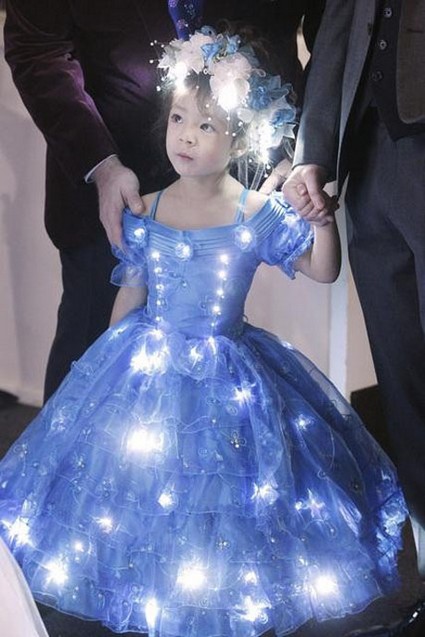 Do you watch Modern Family, I do,  I love the message that families come in all shapes and sizes. On last week’s show poor Phil wanted help with a seminar and didn’t get it because Claire was too busy being competitive against her dad over Manny and Luke’s school project. Did you miss the episode, if you did you can read our recap here!

Tonight is a whole new episode of Modern Family and you have to tune in.  In the tonight’s episode ‘Little Bo Beep’ 2-year-old Lily drops an F-bomb, at least it appears she does. Gasp……. the Parents Television Council are not happy about it.  The show has been asked to pull the scene but so far ABC has not responded.

On tonight’s show the family helps Claire prepare for her upcoming televised debate with Duane Bailey for the town council seat, but will they do more harm than good? Lily is going to be a precious flower girl for the first time, but the problem is she’s just discovered her first expletive and Mitch and Cam don’t know how best to deal with this new parenting test. And Jay is very concerned with Stella’s recent strange behavior and puts the blame on Gloria

We’re live blogging the show here at 9PM, so catch our up-to-the-minute recap!

Serena Williams Opens Up About Her Surprise Pregnancy

Once Upon A Time