Jennifer Aniston Putting Career On Hold To Have A Baby? 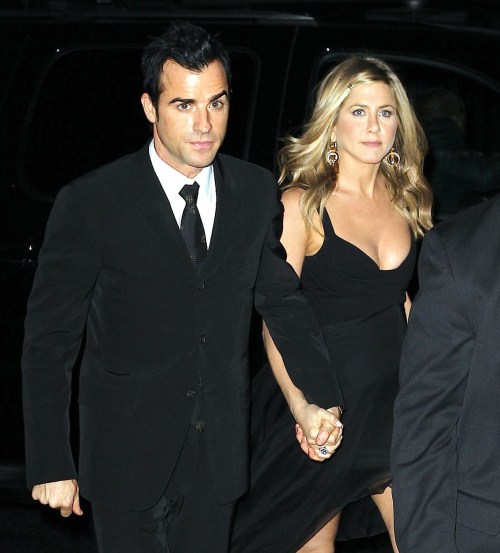 Is Jennifer Aniston putting her career on hold to have a baby with boyfriend Justin Theroux?

According to Britain’s Mail on Sunday newspaper, the Aniston has decided not to take on any more movies for the foreseeable future.

“She wants to focus on herself and hopefully becoming a mother,” a source said.

“She is thinking of launching her own fashion line which would allow her to spend more time at home.”

Rumors have been circulating for months that Aniston is already pregnant, but keeping the news a secret.

“She wouldn’t have wanted to make a big deal but she must be so excited,” a source said.

“If anyone ever asked if she was worried about running out of time, she’d reply, ‘I’m absolutely having kids there’s not one doubt in my mind’.”