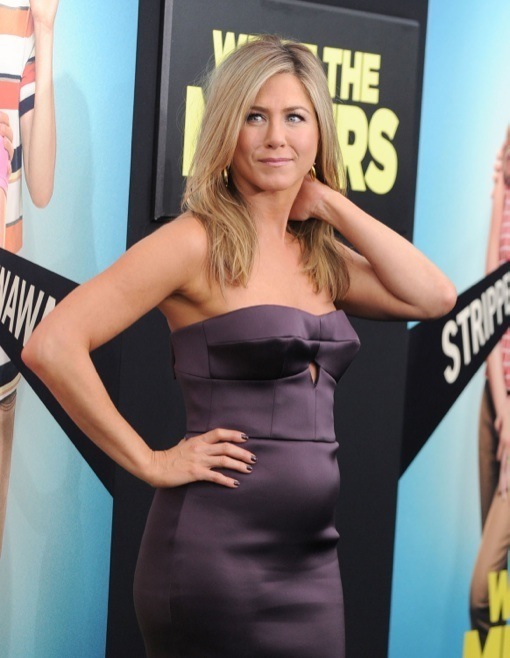 While posing for pictures at the We’re The Millers premiere in New York City on Thursday (Aug. 1), the actress certainly appeared to be showing off a baby bump underneath her purple satin strapless dress.

Jennifer also showed off her huge engagement ring from fiance Justin Theroux on the ‘black’ carpet.

The 44-year-old recently told Glamour magazine that Theroux is naturally drawn to children.

What do you think? Is Jennifer pregnant or is she just bloated? To be honest, I don’t find she looks bloated at all! That is a bump!