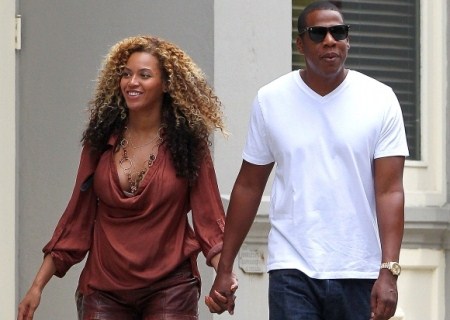 Jay-Z has vowed to stop using the word “bitch”, a derogatory term for a woman out of respect for his first child, Blue Ivy, whom he and wife Beyonce Knowles welcomed into the world less than two-weeks ago.

In a poem to his daughter, he wrote:

“Before I got in the game, made a change, and got rich / I didn’t think hard about using the word bitch.

“I rapped, I flipped it, I sold it, I lived it / now with my daughter in this world I curse those that give it.

“I never realised while on the fast track that I’d give riddance to the word bitch / to leave her innocence intact.

“No man will degrade her, or call her name / I’m so focused on your future, the degradation has passed.”

Last week, Blue Ivy became the youngest person ever to be credited in the US Billboard charts, after her cries and gurgles were sampled by Jay to use on his track ‘Glory’, which he dedicated to his newborn and released two days after her birth.