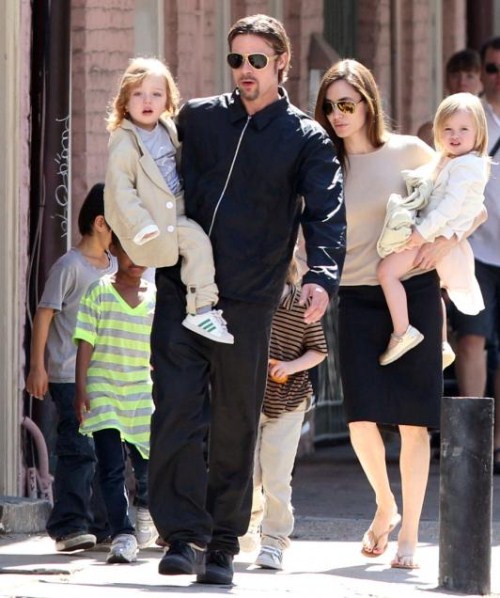 The half of the Brangelina duo was spotted earlier this week walking with the support of a cane: what happened you ask? Well, Pitt took a fall for his daughter Vivienne Jolie-Pitt. The actor of the upcoming zombie epic, World War Z, was attending the Palm Springs International Film Festival when he hurt himself falling down to protect his 3 year old daughter.

It’s not all doom and gloom for the actor in this case because he was awarded with the Desert Palm Achievement Award at July 7’s gala(Saturday).

Angelina Jolie was asked to comment on the injuries of her partner, to which she said “When [Maddox] was younger, I took a fall and cracked my elbow because I wanted to make sure he didn’t have the fall,”. She then continued “Every parent has injured themselves. Every parent will stand in the line of fire for their kids, so it’s a normal thing.”

Pitt has has finished filming for the zombie epic World War Z, a movie which he says will be a part of a trilogy.