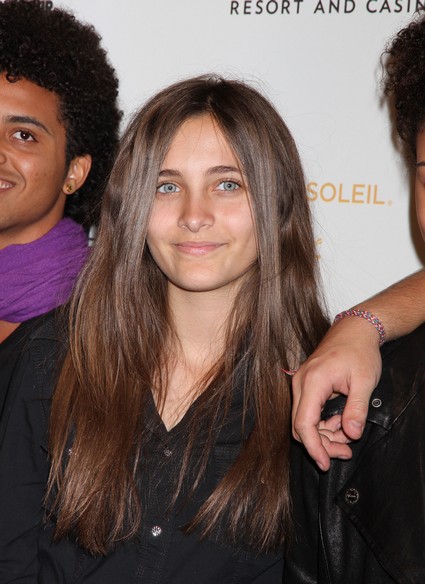 Michael Jackson‘s daughter Paris Jackson, 13, has been signed up to have a major role as the heroine in ‘Lundon’s Bridge and the Three Keys’, a fantasy film which will feature both real and animated characters.

Although her famous family had wanted her to wait until she is 18 to start her showbiz career, she reportedly convinced her grandmother Katherine to let her appear in the movie after telling her 81-year-old guardian the film has a message her late father would have appreciated.

A source told The Sun newspaper: “Her character’s strong love for her father is central to the plot.”

Paris is following in the footsteps of Michael – who died in 2009 of acute Propofol intoxication – who was a child star, shooting to fame aged eight singing lead vocals in his family band The Jackson 5. He starred in his first film, ‘The Wiz’, aged 20.

Paris’ film will be based on a young adult series by Dennis H. Christen, which features a dolphin turned into a human by ancient magic while an evil spell changes a teenage boy into a dragonfly and a good jellyfish queen morphs into an evil fairy godmother.

All profits from the film are said to be going toward funding the US public school system.