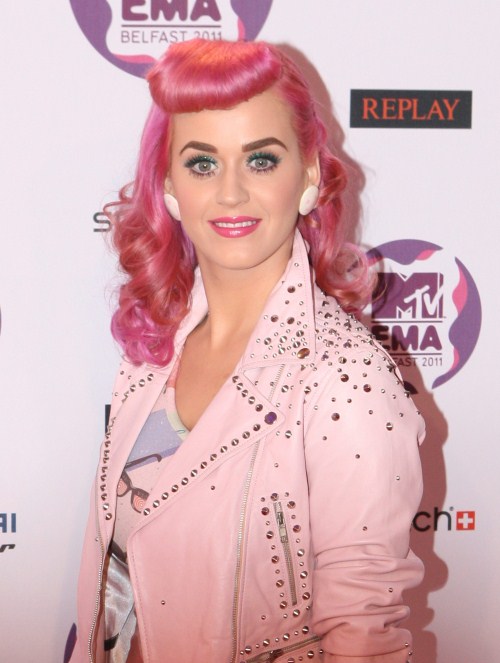 Katy Perry who finishes her ‘California Dreams Tour’ tour next week has told her management team she intends to take a year off to be with her husband Russell Brand and start trying for a baby.

Perry complained of feeling rotund at her concert at New York’s Madison Square Garden on Wednesday night (16.11.11) but insisted she wasn’t already pregnant just bloated from eating too much “New York City pizza”.

Katy’s final North American show is at Los Angeles’ Staples Centre on November 23, however, she is scheduled to perform a one-off concert in Manila, in the Philippines, on January 22, 2012.

Earlier this week, Katy revealed she and Russell are keen to have a baby and is confident he will make a great dad.

“I would love to have children. I think that’s one of the reasons you get married. Especially to the person that you marry. You think, that person is going to be a good partner, a good parent.

Katy also says the number of children she has will depend on how much pain she experiences when she gives birth to her first child.

“If it doesn’t hurt the first time. I’ll keep popping them out.