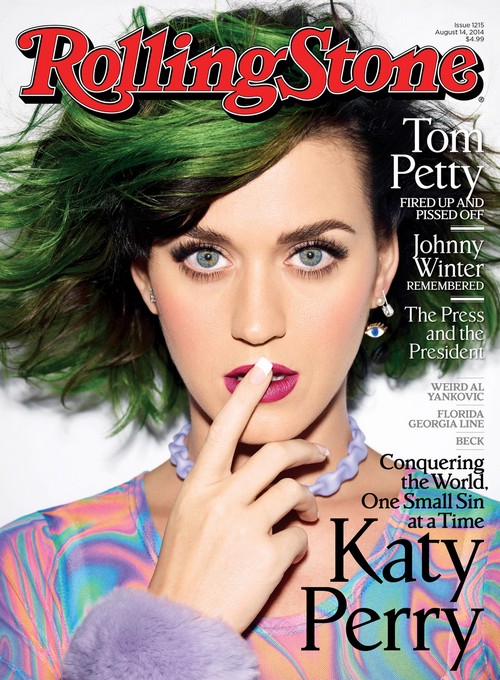 Katy Perry is most definitely her own woman these days and she isn’t letting anything stop her from achieving whatever goals she sets her sights on. While her music career is beyond booming Katy’s personal life has never seemed quite as settled. She seems to often set her sights on the worst guys imaginable even when the heartbreak writing is inevitably on the wall (hello, John Mayer). While she isn’t exactly admitting in the August issue of Rolling Stone that her judgment isn’t the best, she is still being awfully smart with her future plans.

Katy already knows that she wants babies but not in the next year or so. She doesn’t want to be dragging little ones on tour with her and would rather be at a more settled point in her life. Katy also has decided that being married with the white picket fence isn’t a requirement either saying, “I don’t need a dude. It’s 2014! We are living in the future; we don’t need anything. I don’t think I’ll have to, but we’ll see. I’m not anti-men. I love men. But there is an option if someone doesn’t present himself.”

I think Katy has perhaps learned something from her failed romances. I suspect a few years ago she may have been looking to put together the perfect scenario with a man in order to then have a baby. If she’s not feeling dependent on finding Mr. Right to realize her dream then perhaps she will be more willing to wait for a decent guy to compliment her life rather than steam roll it. Do you agree with Katy’s thinking- that a father isn’t necessarily a need when a woman really wants to become a mother? Is her modern thinking in line with changing times or is it part of what is messing up society? Tell us your thoughts in the comments below!

Doc McStuffins Rakes In Over $500 Million In Sales: Set To Be Best Selling Toy-Line For Disney