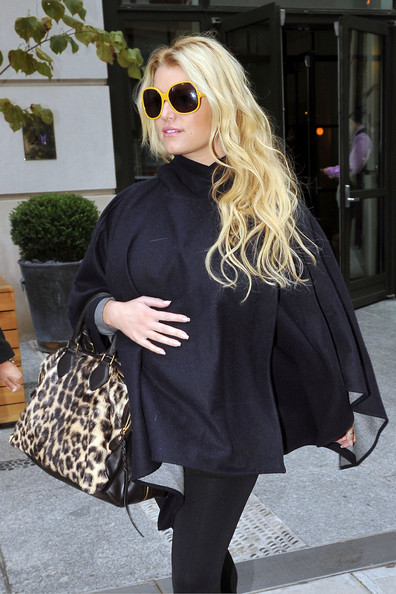 On Monday, Jessica Simpson continued her, “Am I Pregnant?,” but not admitting it campaign.  She was spotted leaving her hotel in New York with her hand suggestively resting on her belly.

Simpson has coyly covered her belly in clothing that shouts, “I’m pregnant,” for months.  In the past week, she has even stopped covering her bump and clearly displaying it. It’s obvious, yet she refuses to make an official statement.

So why is she keeping mum on her pregnancy?

Simpson keeping mum has created a buzz in the media.  She hasn’t received this much attention in years. In the last two months, she has probably headlined more magazine than in the last two years.

Is this part of some sort of  master plan to revitalize her fading film and music career?

Beyonce Has The Blues