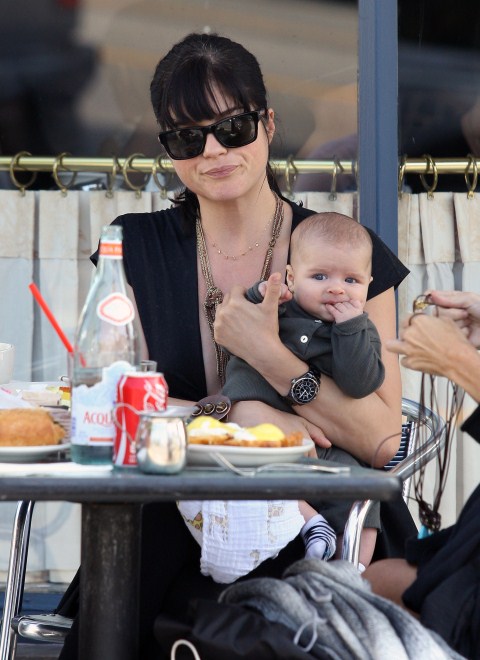 Selma Blair’s son Arthur who is nearly 3-months-old  is starting to come out of his shell.

“He looks like a little turtle,” she told at Wednesday’s Beckley by Melissa launch party in L.A.

“He’s an amazing baby. We’re so in love, as I imagine most parents are.”

“I may hire someone,” Blair explained. “There’s no going it alone anymore at night. But Arthur’s amazing. He’s a joy and he’s so settled. He’s a happy baby.”

Blair added that she and Bleick also have to “schedule date nights.”

“My friend watched the baby Friday and tonight’s a date night,” she told Us on the red carpet. “So it’s a big deal. They’re few and far between, but we appreciate them.”