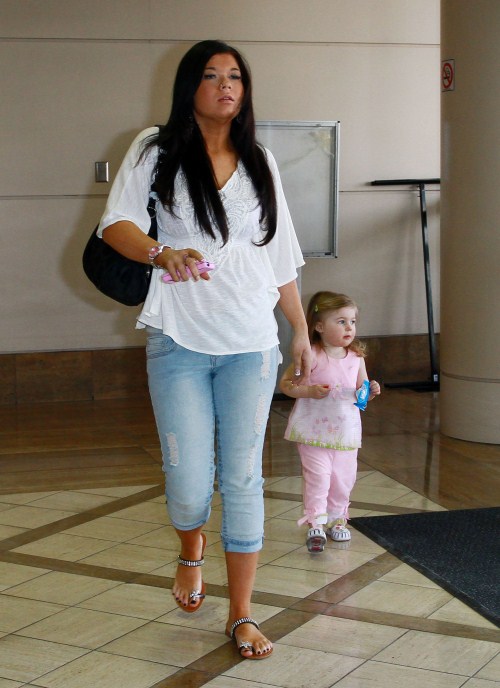 Teen Mom, Amber Portwood admits her recovery is not over and she still feels suicidal.

“Honestly, I feel like I did two months ago. I’m still suicidal.”

“I’m f–king depressed. My family’s not together.”

To make matter worse Portwood suffered from a severe Panic attack last Wednesday and had to be rushed to the hospital.

“I couldn’t breathe and I passed out,” Portwood told. “I stopped breathing.”

Portwood says the recent Life & Style cover story claiming she has been party and not visiting her daughter Leah doesn’t help the problems she is trying to deal with.  The story quotes her brother, Shawn Portwood, as saying: “I don’t even know if Amber wants full custody of Leah,” Shawn reportedly told the magazine. “She enjoys her freedom too much right now.”

“What hurts me the most is when people believe the lies about me,” Portwood tells.

“I went to rehab for depression and anger management, not drug or alcohol abuse,” she says.  “I have been out twice since I left rehab and I’m 21. I take my medication the way I’m supposed to.”

Portwood also insists she is not relinquishing custody of her daughter.

“The only reason I am letting Gary have custody of Leah right now is to keep CPS off our backs.”

“I see Leah whenever I can. I have stipulations as to when I can and can’t see her.”