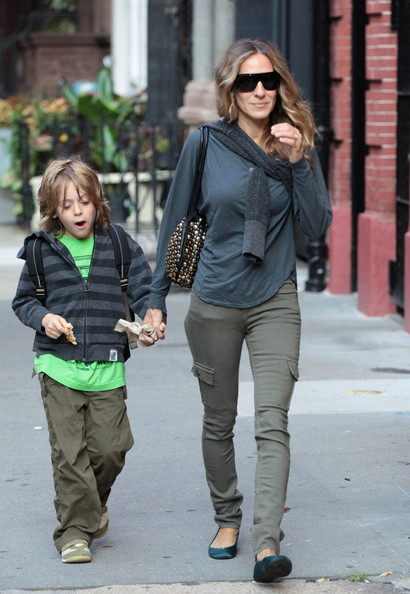 Sarah Jessica Parker who has son James, eight and two-year-old daughters Marion and Tabitha hasn’t ruled out having a bigger family in future,  but insists she is content to have three kids.

“It’s not that I wouldn’t consider it — it’s just that it hasn’t been a part of a conversation in my house lately,” she said.

“I come from a big family, so I’m accustomed to a lot of children around me and it’s just wonderful to have the three we have. We feel very lucky. I don’t know… it would seem greedy to ask for more.”

Sarah Jessica can next be seen starring in I Don’t Know How She Does It, in which she plays working mother Kate, and the actress admits she is in awe of the character and other parents who have tougher circumstances than her own.

“I’m really quite in awe of Kate and millions of women like her, because there is a ferocity to the busyness and chaos of her life that I really don’t feel,” she said.

“My work is very different and I have liberties that most working women don’t have. I can dip in and out of work and I have a support system and the financial means to make different choices.

“That’s why I was so taken with Kate’s story.

“And really, honestly, millions of women do it far better than I do with far less support and are really seamless about it. I’m in no position to do anything but learn from other mothers.”