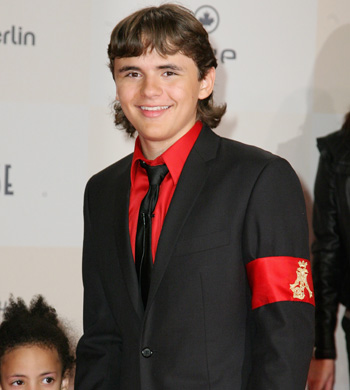 Michael Jackson’s son Prince Michael will testify if he is called on by the prosecution at Dr. Conrad Murray’s manslaughter trial.  Conrad is accused of administering the lethal dose of the anaesthetic Propofol that killed Michael in 2009.

“Dr. Murray summoned Prince to the room when MJ died. Why he did it, is still a question. But, that’s what Prince will talk about,” a source told.

A source told TMZ.com Prince Michael is “nervous” and is worried if he is called on by the prosecution he might “mess up”. Apparently, lawyers for his grandmother Katherine Jackson who is his legal guardian will ask the judge to empty the courtroom. Yet,  it is unlikely this will happen.

Another source for Fox News told, ““Prince has already been prepped to take the stand and he’s anxious to do so,” an insider told. “The family, including the children, wants Murray to pay. This means a lot to them.”

The case starts today (Sept 27, 2011)  in Los Angeles, California. The first witness due to be called by the prosecution today is ‘This Is It’ choreographer Kenny Ortega

Ali Larter Brings Theodore For a Check Up

We Are Looking For New Writers To Join The Team!