A Baby For Sandra Bullock At 47? 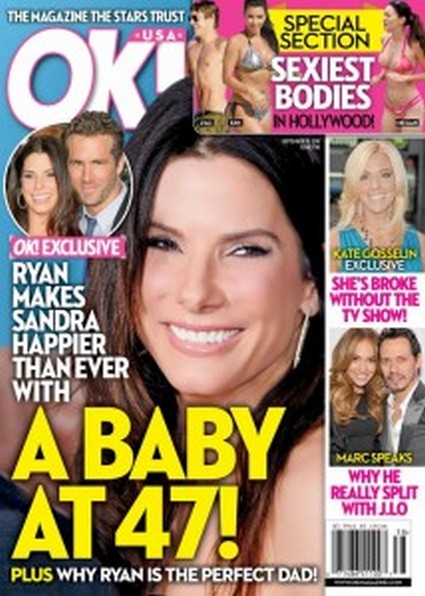 A Baby For Sandra Bullock At 47? Well yes, if you believe OK! Magazine!  Sandra Bullock and Ryan Reynolds and their baby bliss.  are featured on this week’s magazine.  The magazine claims that Sandra will be having a baby and Ryan of course is thrilled!

OK! has more: Sandra Bullock and Ryan Reynolds: Baby bliss! Ryan gives Sandra a second chance at love — and motherhood. Plus, why Ryan would be the perfect dad!

It would be nice if it is true, Sandie deserves some happiness after the hell her former husband Jesse James put her through.   I know this is just speculation by the magazine to see copies, but still, it would be nice for her!