The Beckham Boys Have American Accents 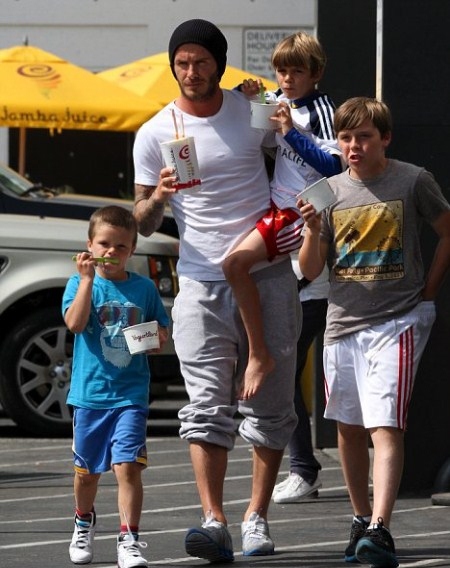 David Beckham has revealed that his three boys have developed American accents since moving to the United States in 2007.

“I was putting Cruz in bed last night and I said something and he said, “Daddy, that’s so English!”

They boys even make fun of their parents accents!

‘Because they’ve got full-on American accents now, so any time we say anything, they’re like, “Oh God, you’re so English”.’

David and Victoria Beckham are expecting their fourth child any day now.