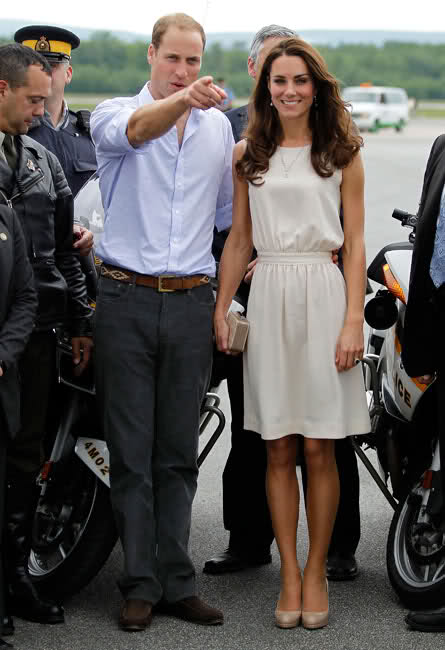 Kate Middleton has reportedly revealed that she wants to start a family as soon as possible with husband Prince William.

While shaking hands with fans during the couples Canadian tour one fan told Middleton she hoped the couple would have great success in starting a family and Middleton replied, “Yes, I hope to.”

Camilla Parker-Bowles has also been telling friends the royal bride can’t have children.

“Health complications from Kate‘s adolescence raised red flags that may have an impact on her ability to conceive,” said sources close to Camilla.

The pressure is also on Middleton have a baby fast because both William and his father Prince Charles were born soon after their parents married.   The royals want a heir produced fast.

“If Kate is not pregnant within the next nine months, she’ll be defying 200 years of British tradition,” said royal biographer Andrew Morton.