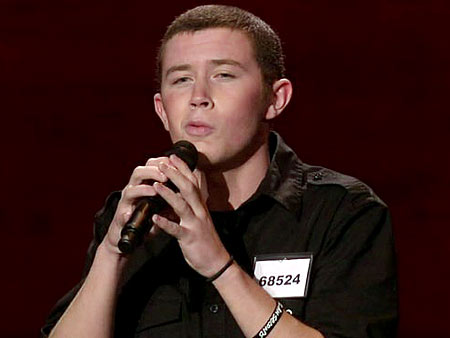 The winner of American Idol 2011 17 year old Scotty McCreery does not understand his nickname ‘Country Bieber.’   Scotty does not think he sounds anything like The Biebs as a matter of fact the only thing he thinks they have in common is they are both 17 years old.

He said, “Country Bieber… I mean, Justin Bieber is the epitome of [a] big star, so it was cool for me,” McCreery said. “I mean, Justin’s a whole lot further ahead than I am… so, I guess it’s mainly because of our age. Me and Justin are pretty much two young guns.”

What is next for Scotty?  Well you will get to see him and Idol runner-up Lauren Alaina as presenters for the upcoming CMT Music Awards 2011.