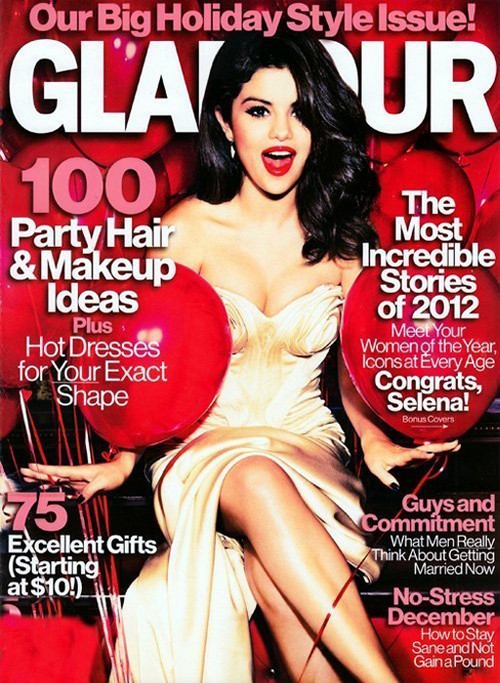 It’s hard to imagine Justin Beiber without his Disney star girlfriend by his side, but in a new interview Selena Gomez is doing just that. The 20-year-old actress and singer has made international celebrity status, starring on Disney Channel and releasing two albums. Her new movie shows her in a more mature role, as a troubled teen in Spring Breakers. In an interview with Glamour, Selena imagines what life would have been like if she and her mom hadn’t moved from Texas to L.A. to peruse acting.

“I definitely didn’t appreciate it when I was little. I was frustrated that my parents weren’t together and never saw the light at the end of the tunnel where my mom was working hard to provide a better life for me. I’m terrified of what I would have become if I’d stayed there. I’m sure I’d have two children by now.”

Pretty harsh words for someone who claims to have a strong mom. Despite the region, you’d expect her mom’s values to have some impact on her. She backtracked, “I love the people, and I’m glad I grew up there. It’s because of my mom that I can do things on my own. I like being professional. I like showing up on time. I like being good to people, and I know that I’m reflecting her at the end of the day.”

Selena was just named Woman of the Year by Glamour, and is an ambassador for UNICEF. She started on Disney in her early teens, and remembers the stress of the network: “I grew up in one of the biggest high schools in the world, and that’s the Disney Channel. Everybody was falling in love with each other or not liking each other, and it was exhausting. I was the shy one in the corner.”

Selena is currently filming a spin-off movie for her hit Disney series Wizards of Waverly Place, which will air in January. What do you think of her remarks? I have to say, it isn’t very flattering to her home town to say she’d be unprofessional, late, and an unwed mother. Or am I reading too much into it?