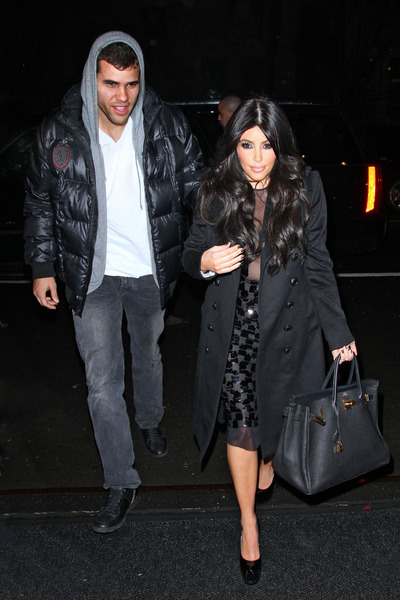 “This is crazy,” Kim writes on her blog. “I am NOT pregnant! … One day I want a baby! But I’m not pregnant! Believe that if you hear it from me, it will be true. Otherwise, don’t always believe what you read, dolls.”

Kim has recently become engaged to NBA player Kris Humphries. While the couple isn’t expecting now, it definitely looks like a future possibility:

“Kim always thought she’d have at least one or two kids by now, so she’s absolutely in a hurry,” an insider told OK!. “And Kris loves kids and doesn’t see any reason to wait,” adds the pal. “Her friends are even taking bets on whether it will be a boy or a girl.”

A new season of Keeping up with the Kardashians is premiering June 12th.