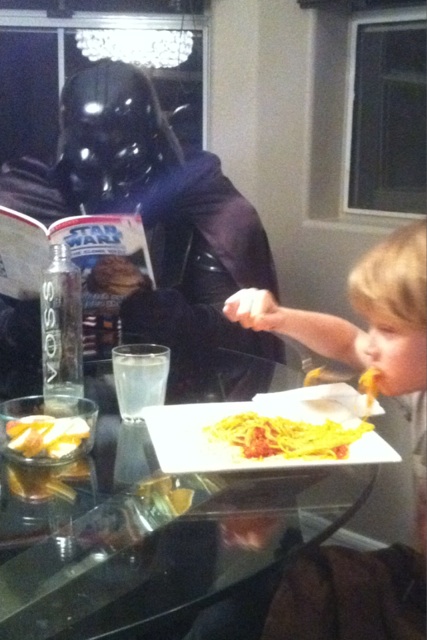 Actress Jenny Mccarthy, 38, whose son Evan was diagnosed with autism in 2005 following a series of seizures has been hospitalized again.  Evan suffered a seizure and he was rushed to the hospital.

She posted on her twitter page:  “Ugh. Evan had a seizure. We r in the ER. He’s doing better. Just laying next to him. Could use prayers again right about now.   “Up all night. Evan Still battling 103.5 fever. Thanks for well wishes. They were nice to read at 3am. Kept me company.”

She posted the picture above on her twitter to assure everyone Evan was doing better and she tweeted: Some people have grandma come visit when sick.. I have the Dark Lord come.

What The Future Holds For The Child Stars Of ‘Harry Potter’

Owen Wilson Admits Being A Dad Is Not Easy

Jenny McCarthy Worries About Children Using Internet: How Will Her Son React to…