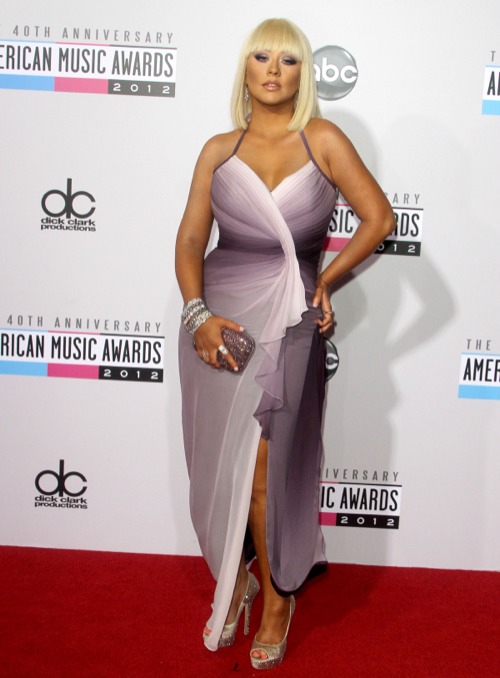 Celebrity parents were out in full force at the 40th Anniversary of the American Music Awards in Los Angeles, Ca on Sunday (Nov. 18).

Usher, Christina Aguilera and Pink all performed at the award show.

The big winner of the night was newly single Justin Bieber who brought his mom as his date. When winning favorite pop / rock artist the 18-year-old gave thanks to her.

Britney Spears & Her Boys Pick Up Toys For Their Little Dog