What The Future Holds For The Child Stars Of ‘Harry Potter’ 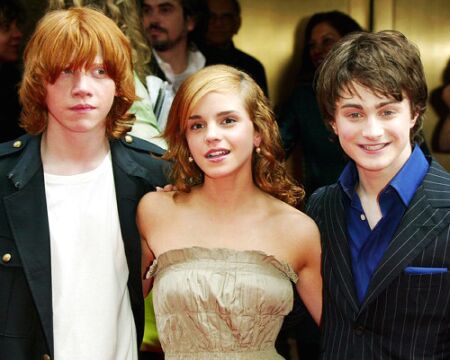 He just announced a role in an indie comedy called The Amateur Photographer.  Radcliffe plays a resident of a mill town in the 1970s. The character starts photographing the “most intimate moments” of the townspeople’s lives, before rousting the “local authorities while bringing a bit of a velvet (non-violent) revolution to the community.”

Radcliffe is still attached to a new version of the war classic All Quiet on the Western Front.  And if that isn’t Oscar bait, I don’t know what is. (Oscar bait, of course, means Oscar campaigning, and red carpets, and all the renewed fame therein.)

Next we have Emma Watson.

Like Radcliffe and Rupert Grint, who plays Ron, from an economic perspective she really never has to work again.  If she wants to do obscure Norwegian indies for the rest of her days, she can.

Watson has agreed to a mere supporting role in the upcoming Michelle Williams film My Week With Marilyn.  But there a chance that she could enjoy a huge publicity comeback, if a certain rumor is true.  The rumor is that she will costar with Taylor Lautner in a big-studio fantasy called Incarceron.

He has fewer big-budget projects lined up, compared with his fellow child wizards.  Then again top director Martin Scorsese
already has voiced his confidence in Grint’s long-term promise as an actor.  Perhaps Martin has something in mind… .

16 Tips for Traveling to Universal Orlando Resort With Kids