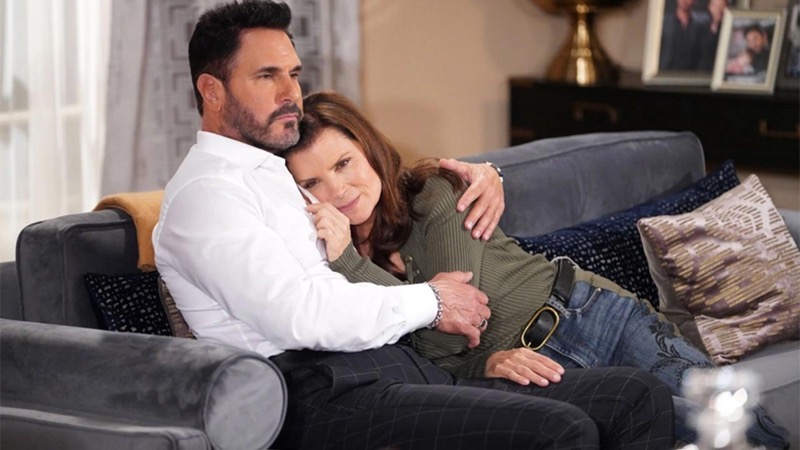 The Bold and the Beautiful (B&B) spoilers tease that Bill Spencer (Don Diamont) could have bumped his head or suffered from a brain injury, and that’s why he’s allowing Sheila Carter (Kimberlin Brown) to control him.

The show only referenced the night that Bill and Sheila ran into each other at the beach. We didn’t see their meeting on the scene, so we can only piece together what really happened by the little information Sheila and Bill referenced.

Thomas Forrester (Matthew Atkinson) bumped his head on a table. It changed his personality and perception of reality. The same thing happened to Liam Spencer (Scott Clifton). He hit his head and suffered from personality changes and loss of memory. So, if Bill hit his head or Sheila attacked him, he could have had a brain injury, which could explain his bizarre behavior.

Deacon Sharpe (Sean Kanan) urged his former roommate to leave Los Angeles before anyone found out that she faked her death. But Sheila refused. She believed she could reconnect with John ‘Finn’ Finnegan (Tanner Novlan).

Deacon tried to convince her that would be nearly impossible. But Sheila said she knew it would happen. Perhaps, she was already working on Bill during that time. The Bold and the Beautiful spoilers say that the cops were closing in on Sheila. They would have found and arrested her if Bill didn’t help her. 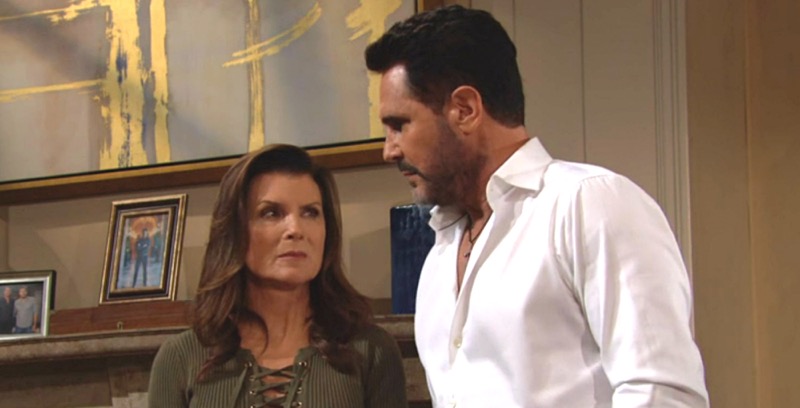 The Bold And The Beautiful Updates – What Happened To Bill  Spencer That Night?

Sheila revealed that she was on the beach that night and saw Bill sitting in the sand. He didn’t reach for his phone to call the police. Instead, he talked to her and built a connection with the fugitive.

Bill was in a bad place at the time. Katie Logan (Heather Tom) and Brooke Logan (Katherine Kelly Lang) rejected his reconciliation attempt. He felt lonely and rejected. Sheila promised that she’d never leave him and would be by his side if he gave her a chance. That’s how they met and built this sick and twisted relationship.