The Bold And The Beautiful (B&B) Spoilers: Steffy Turns To Liam For Help 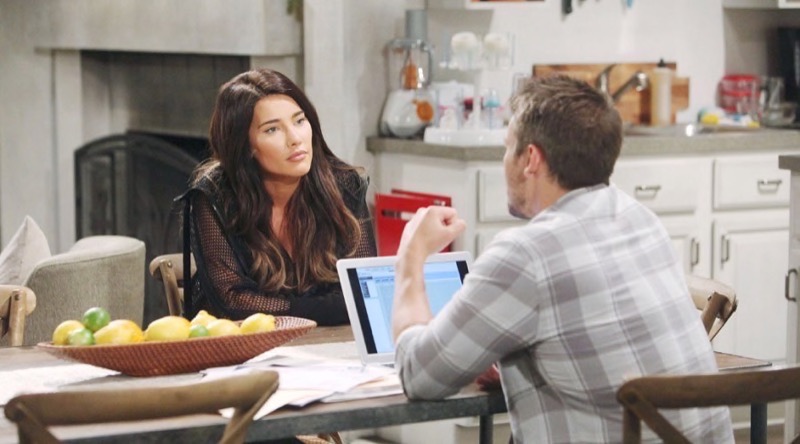 The Bold And The Beautiful (B&B) spoilers indicate that Steffy Forrester (Jacqueline MacInnes Wood) will confide in Liam Spencer (Scott Clifton) what Bill Spencer (Don Diamont) has done. Liam will be shocked to learn that Bill has tied himself to Sheila Carter (Kimberlin Brown). Can Liam get through to his dad before it’s too late?

The Bold and The Beautiful spoilers reveal that Bill bought off a judge to free Sheila and drop all charges. Bill blackmailed Steffy and John “Finn” Finnegan (Tanner Novlan) so that there was no one to testify against Sheila at all. Bill even arranged for Mike Guthrie (Ken Hanes) to say that he forced Sheila to leave prison instead of helping her to escape.

Bill has bent over backward to make sure that Shiela goes free knowing that Sheila almost killed his granddaughter’s mother. How can Bill put his grandchildren in the path of this evil woman? Why would Bill put an innocent child-like Hayes Finnegan (Iliana and Vienna Norris) in danger? Bill seems to have lost his mind.

Liam and his brother Wyatt Spencer (Darin Brooks) thought that Sheila had kidnapped their father after finding her disguise in his living room. Bill always hated Sheila and believed she needed to go to prison. Bill saved Finn from Sheila less than a year ago and flew him to Monaco to be with his wife and kids. Suddenly, Bill is attached to Sheila and refuses to let anyone hurt her.

Liam had begun to wonder what is wrong with his father but this will worry him more. Bill is putting the entire Forrester family in danger and that included both of Liam’s daughters. Liam doesn’t know what is wrong with his dad but will surely decide that someone needs to get through to him. Bill is going to find himself completely alone if he keeps Sheila in his life. 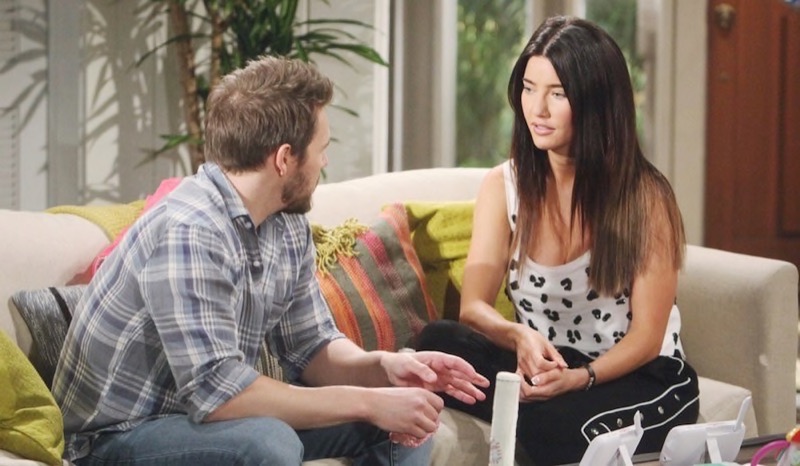 Steffy will go on to tell Liam how Bill is not only threatening to send her mother to prison but how he has threatened Finn’s mother as well. Li Finnegan did nothing but save her son’s life. Of course, Li falsified some records because the doctors had given up on Finn. Li didn’t do anything any mother wouldn’t do for her child.

Does Taylor Hayes (Krista Allen) and Li deserve to go to prison for someone like Sheila? Sheila has been nothing but pure evil. How could Bill threaten decent women to keep Sheila out of prison? Why would Bill want to hurt his granddaughter in that manner? Why does Steffy not mean any more to Bill than this? Steffy is hurt and confused but she is also terrified. Will Bill ever listen to reason?