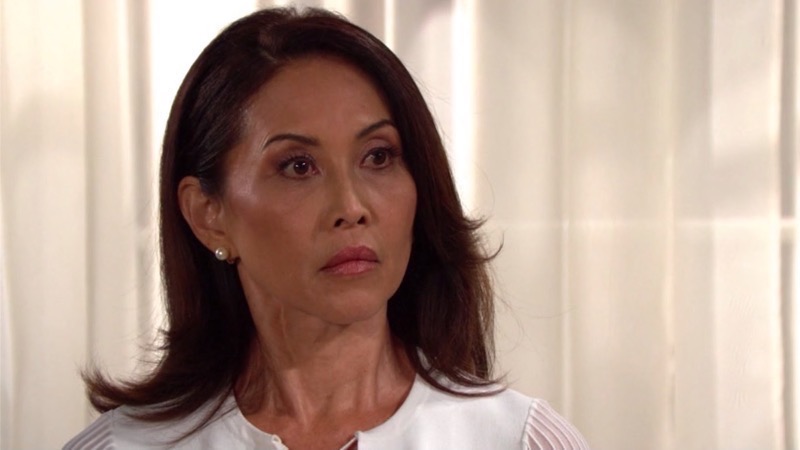 The Bold and the Beautiful (B&B) spoilers document that Li Finnegan (Naomi Matsuda) will not allow her son and his family to be tormented by Sheila Carter (Kimberlin Brown). Li’s greatest rival has targeted the man who saved her life, Bill Spencer (Don Diamont), and that will not stand either.

Devoted fans recall that a massive reveal happened last year, with John Finn Finnegan (Tanner Novlan) shown as alive in one of the great episode-ender shockers in recent memory. The only woman who he considers his mother, Li, was shown to be caring for her son.

Li was on call the night Finn was rushed to the hospital. She was also the target of Sheila’s tailgate that led to a plunge in what could have been a watery grave. But she managed to swim to land, and Bill found her weeks later.

Finn received a call from his wife, as devoted viewers remember. He rushed to Il Giardino and determined that Steffy Forrester Finnegan (Jacqueline MacInnes Wood) was in the alley having it out with his birth mother.

Viewers suspended disbelief in that moment because Finn locating both ladies in the alley was a bit of a stretch. Yet, he needed to be there to take the first bullet Sheila shot from her silencer gun toward Steffy that went into Finn.

Finn was having a romantic evening alone with his wife at the cliff house when Sheila and later, Bill, barged in. Novlan’s character was told by Bill that he and Steffy would not ensure Sheila’s place in prison.

Bill is choosing to believe that Sheila will remain his staunchest supporter in days to come. He told her that this sacrifice will cost him his loved ones, but he is willing to take the risk. 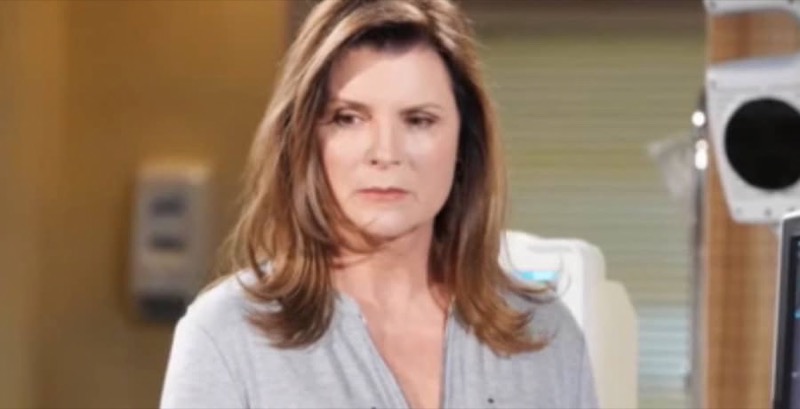 Sheila is inside Bill’s mind, convincing him that she is an unbreakable ally who can also be his new romantic connection. The audacity of her claim is amazing. Yet it does make soapy sense and is being accepted by Bill.

Fans know that the bond Bill and Li formed when he took her from the wharf and nursed her back to health is unbroken.

Li Finnegan Has Power Too

TPTB wrote Jack Finnegan (Ted King) out of the show. That choice felt unusual at the time, with savvy viewers knowing Finn’s backstory was expanded for a reason.

The Bold And The Beautiful (B&B) Spoilers: Taylor Strikes Back, Issues Judicial Commitment Papers On Bill?

Li was split from Jack when caring for Finn. Jack’s absence allowed Bill to serve as her rescuer. Well, now it is time for Li to rescue Bill.

The promise of the twisted storyline between Bill and Sheila is that it can run indefinitely. But one specific character has the ability to get through to Bill eventually. Her name is Li on B&B.

OutDaughtered Quint Hazel Busby Gets Help Even If She Rejects It