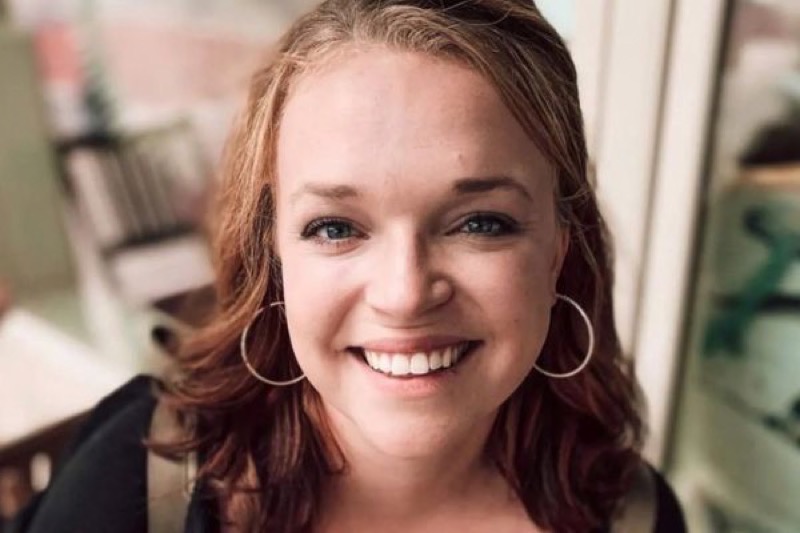 Sister Wives fans have been bump-watching both Maddie Brown Brush and her half-sister, Mykelti. Well, the days of watching Mykleti’s enormous tummy are over as she already welcomed her twins. Maddie fell pregnant about one and a half months after Myketi. So, she’s only due sometime in the new year. At the moment, she’s 30 weeks pregnant and really starting to get ready to welcome baby number three.

Janelle Brown’s daughter already welcomed a boy, Axel, and his little sister, Evie. Until Mykelti Padron had Avalon, there were only two grandchildren in the family of Kody Brown. Now that Mykeli had twin boys, there are three boys and two girls. However, the new baby next year will even them up to three of each gender. Announcing her baby’s gender in September, was a joyous occasion for her.  However, she naturally felt a bit concerned about scans because of Evie’s FATCO.

Sister Wives fans have enjoyed following the pregnancy and they all loved one photo that revealed Mykelti and Maddie “boomping” bumps. Actually, the difference between the size of her sister and Caleb’s wife seemed amazing. When Mykelti stood with Maddie for the photo, she was about a month away from delivering her two kids. She told her fans that they simply ran out of room. Well, Maddie looks about the right size for a singleton, so hopefully, she remains fairly comfortable as the birth draws nearer.

TLC fans saw an update a few days ago, and the young mom said, “30 weeks and some change! 🤰” Then she talked about how time goes by so fast. Still, she feels “ready for the next 10.” Of course, babies don’t always arrive on the dot of nine months, so things could change. However, she’d like the baby girl to come along sooner. She said, “hoping maybe for maybe a short 8 weeks so we can meet this baby girl and I can have my body back. 🤣”

The Sister Wives star seems to be really busy in the week ahead, and she mentioned that she feels a bit of “panic” because there’s “so much to do in the next 10 weeks.” TLC fans who follow Maddie know that she keeps herself busy studying, being a mom to Axel and Evie, and working on her Plexus business. Throw in the festive season as well and she’s bound to feel a bit overwhelmed. Mind you, she certainly looks happy enough and fans noticed how well she looks.

One Sister Wives fan said to Maddie, “You look beautiful!!! God bless you. Things will fall into place!” Actually, things do manage to get done and everything works out somehow.

Another follower who happens to be her half-sister sister also talked about how well Maddie looks. Ysabel said, “So exciting beautiful sister!!!”

Meanwhile, another person agreed with Maddie Brown Brush about how she might want her body to herself. They wrote, “That was the only Thought i had in the last 10 Weeks: I want to be alone in my Body!!!!”😅.”