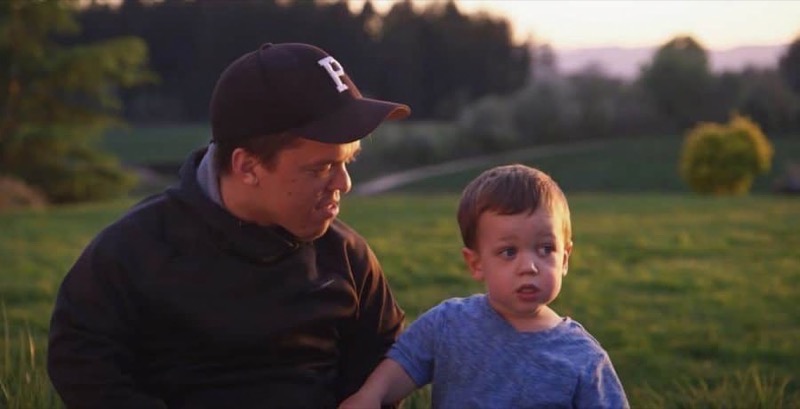 Little People, Big World (LPBW) season 24 brings a lot of footage of Zach and Tori Roloff and their children, Lilah, Jackson, and Josiah. TLC fans love to see the kids, and Jackson is so cute, that he takes a lot of attention away from the rather toxic tension between the adults. This week, a teaser on Instagram revealed that Zach’s son gave him some good advice on who to call if he needs help.

With three kids in the family, Zach still makes time for his oldest child. Josiah hasn’t been the easiest baby to raise, and Lilah also demands her parent’s attention. Lilah seems to love her dad, especially if there’s a cookie anywhere near him. However, at the moment, she has a living little doll to pay attention to. On her Instagram. Tori told her fans that Lilah’s very sweet and loves hanging with her brand-new brother. So that frees up Jackson to spend time with his dad.

In the current season of LPBW, fans saw that Chris Marek made an effort to become something of a grandfather to Jackson. Now that he’s married to Amy, he’s making an extra special effort. So, he gave the little boy a bicycle. Naturally, anything on wheels gets the attention of the five-year-old. But he put aside his bicycle to spend some quality time with his dad.

Over the years, fans saw Matt Roloff camping in the wilderness with his kids. And now, Zach wants Jackson to enjoy the same experience. Actually, they have camped out before but as he gets older, he can help erect the tent. But initially, the cute kid just sat on his folding chair eating a popsicle. He told his dad he’d soon help him.

LPBW fans laughed when the cute kid told his dad that if he has any problems, he should “call Tori.” After all, he had a popsicle and he couldn’t let it go to waste. While he chowed down, Jackson observed that the tent seemed to have a lot of poles.

LPBW fans saw that the camp wasn’t far from the house. So when Tori came along, Zach groused at her for giving Jackson the popsicle. Anyway, by then, Jackson was free to help out. Proudly handing poles to his dad, he told her that his little sister can’t help because her “arms are too short.”

Plenty of fans enjoyed it as the storyline played out. In fact, the bit where he told his dad to call Tory if he had a problem certainly brightened the day for a lot of fans

The Bold And The Beautiful (B&B) Spoilers: Carter Puts Ridge To The Test, Proves He’s Not Ready To Get Married

Little People, Big World Spoilers: Has Matt Roloff Given Up On Selling The Farm?

LPBW: Cute Lilah Roloff Goes To Dance Class – Was It A Winner?