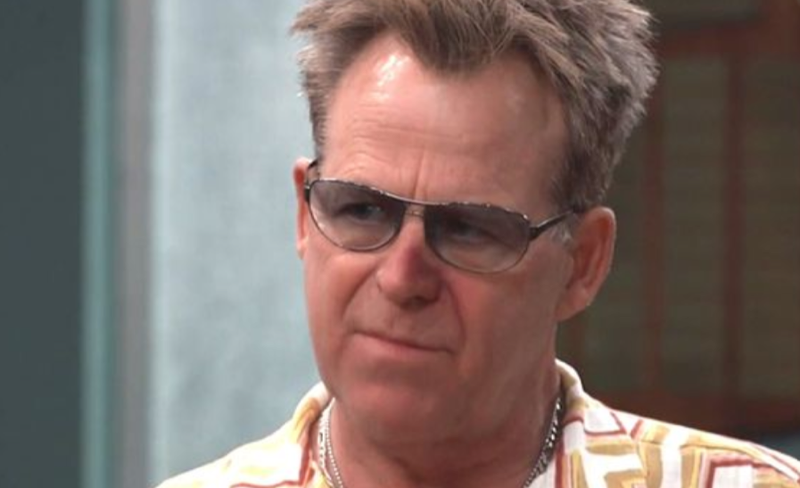 General Hospital (GH) spoilers and updates tease that Scott Baldwin (Kin Shriner) will run into someone from his past he’d just as soon not see. Might his old lover Heather Webber, (Alley Mills) Franco Baldwin’s (Roger Howarth) birth mother blast him with a bombshell, considering he has no idea she’s out and about?

It’s clear while Heather’s been on a “vacation” from D’Archam Prison, a supermax-type facility for the criminally insane, she’s been all about settling scores. Dr. Hamilton Finn (Michael Easton) unfortunately got her case, she was suffering from a tropical flesh-eating fungus so he was the only one who could treat her. Olivia Quartermaine (Lisa LoCicero) was also there when Heather was brought in, and she was in fine form terrorizing her with her remark “I’ll be LSD’ing you!”

Heather went on to rant to Olivia about marrying up to a Quartermaine after her son Steven Lars Webber (Scott Reeves) went to prison. She then went to castigate Elizabeth Baldwin (Rebecca Herbst) for hooking up with Finn when Franco was barely cold in the grave, with a fair amount of expletive descriptions.

It’s amazing the things that Heather might know that she shouldn’t have, since the last time she was free; one truly wonders if she’s been in and out of D’Archam. Heather was in D’Archam when Franco developed his second inoperable brain tumor and Scotty took him to a clinic in Switzerland supposedly run by the WSB. Liesl Obrecht (Kathleen Gati), having been exonerated from the frame put in place by Peter August (Wes Ramsey) was working in the clinic. She was overseeing Dr. Warren Kirk (most recently Jamison Jones) who specialized in curing brain tumors of Franco’s type. Liesl’s romance with Scott began when Kirk tried to rape her and Scotty killed him with one sucker punch, but neither Liesl nor Kirk cured his tumor. 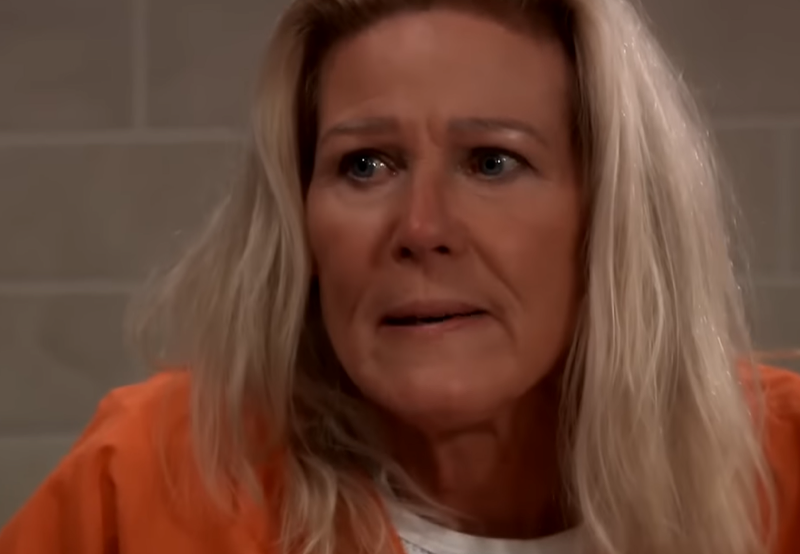 Credit Where Credit’s Due

Heather’s twisted logic would cause her to blame Liesl and her Swiss doctor buddy Kirk for Franco’s death and she’ll be appalled to learn Scott is dating Liesl. She should give credit where credit’s due, since it was Peter’s bullet that killed Franco, not Liesl or Kirk for failing to cure his brain tumor. But since Peter’s dead, Heather has to blame his death on someone else and she’ll undoubtedly pick Liesl.

Spoilers also tease Elizabeth will be in danger and Port Charles Police Commissioner Jordan Ashford (Tanisha Harper) will chase a fugitive. Most likely, that’ll be Heather, and she’ll want to revenge Franco’s death with both his widow and possibly his father’s girlfriend Liesl.