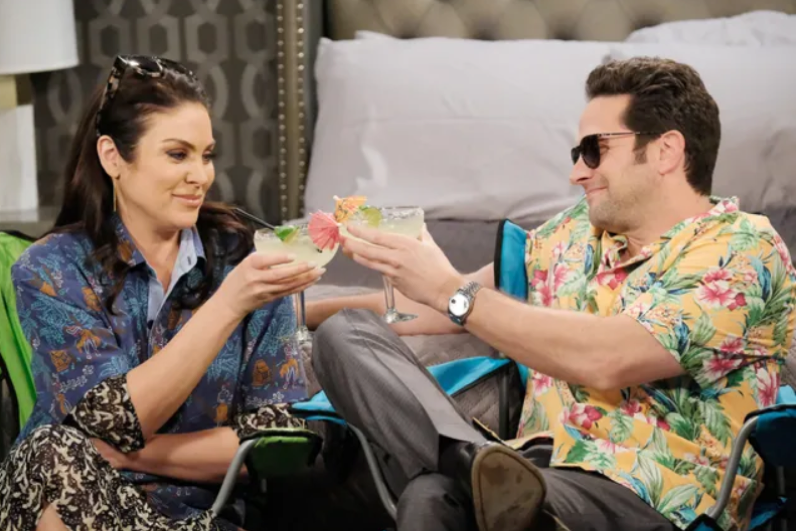 Days of Our Lives (DOOL) spoilers and updates tease in this week’s Soap Opera Digest that Stefan DiMera (Brandon Barash) starts the romance dance with Chloe Lane (Nadia Bjorlin). Chloe, however, will want this dance for romance to be a slow dance.

Stefan and Chloe really start to heat up, especially now that they will run into each other frequently at DiMera Enterprises, Li Shin (Remington Hoffman) having recruited her. Of course, Kristen DiMera (Stacy Haiduk) was a huge part of that move, not wanting Chloe around Brady so she pulled some strings-around Li’s neck! Chloe starts this, mind you, and wanting to make her heartache over Brady go away, she pulls Stefan into a passionate kiss, which of course gets him going into overdrive.

But then she realizes she’s moving way too fast and pulls back from the clinch. She was so blindsided by Brady’s breaking up with her and Kristen’s moving in when she was moving out she’s not sure what happened.

Days Of Our Lives Updates – Slow Down

Chloe’s not sure either she or Stefan can trust their current feelings, for one, Stefan hurt her before too. She wants to slow things way down to protect both their feelings even though Stefan points out Brady’s moved on, so she should too-with him. She doesn’t want to get hurt again and so she’s twice burned, four times shy; she was blindsided and hurt by Brady and Stefan in the past. Not to mention Philip Kiriakis (Jay Kenneth Johnson) and his jealous insanity in between times-Kristen and Philip would actually match up pretty well. Stefan continues to try and convince Chloe to shake off her fears and go for it with him even though he sometimes gets some flashes of memory. 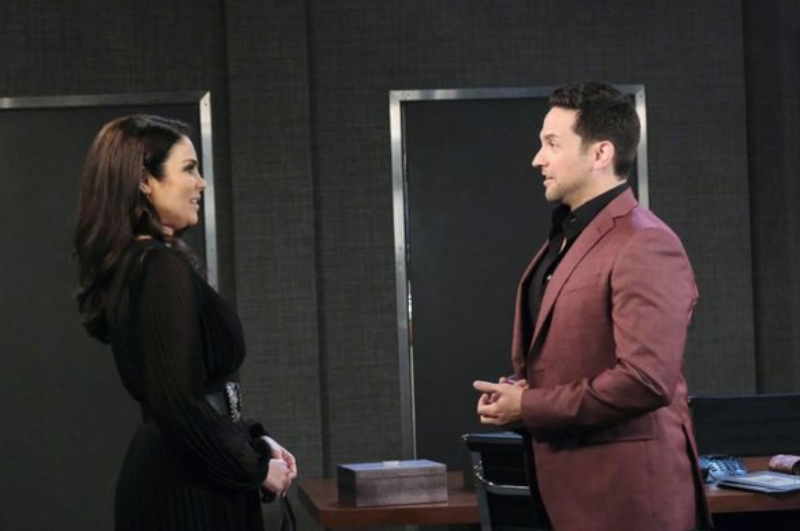 Stefan fights off flashes of memory of his relationship with Gabi Hernandez (Camila Banus) post-Chloe from before, denying any feelings for Gabi except hate. But there is a real concern on both their parts that Stefan could have been brainwashed by Dr. Wilhelm Rolf (Richard Wharton) although he doesn’t connect the brainwashing to Gabi. Chloe, however, would not be surprised simply because she knows Kristen has been awfully quick to move in with Brady and suspects she’s behind her sudden recruitment to DiMera Enterprises.

Whatever else happens, however, Chloe and Stefan do have a deep connection as friends. He’s very sincere at winning her back romantically but will be glad to take it slow if that works better for her.