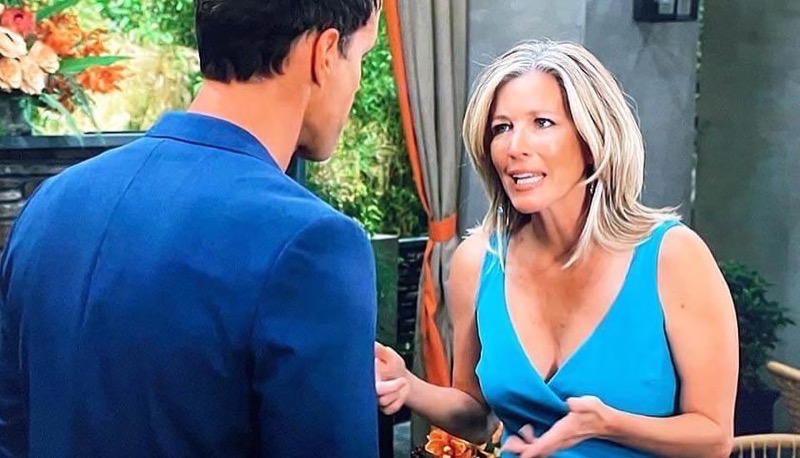 General Hospital (GH) spoilers and updates tease that Carly Spencer (Laura Wright) has been coasting right along without a second thought about Harmony Miller’s (Inga Cadranel) deathbed confession to her. Finding out Nina Reeves (Cynthia Watros) is Willow Tait’s (Katelyn MacMullen) birth mother was shocking, and confirming it with a DNA test cemented Carly’s worst fears. However, Willow told Carly she didn’t want to know who her birth mother was and that she assumed it would be someone awful like Nina. That was all Carly needed to know to give herself a pass for not telling the truth. As far as Carly sees it, she would take the truth about Nina and Willow to her grave just like Harmony intended to. Thus, when Drew Cain (Cameron Mathison) tells Carly he’s going to help Willow track her birth parents down, it won’t land well with Carly. Her response is going to put Drew off and push him to consider going about this a completely different way.

When Drew considers coming clean with Willow and telling her what he knows about Carly’s last exchange with Harmony, Carly is going to bed him not to. She’s made peace with what Harmony had to say, and as far as Drew knows, Nina isn’t Willow’s mother. So Carly will try to reason with him that there is no need to dredge up painful memories and tell Willow that Harmony was telling lies on her deathbed about such a sensitive topic. Will Drew see Carly’s point?

While Drew might reconsider telling Willow the truth at this juncture, he’s not going to be happy with how he and Carly leave things. He just won’t be able to shake the feeling Carly isn’t being transparent with him — and that’s because she isn’t. Carly is going to start sweating Drew’s involvement with Willow’s search for her birth parents, and it will soon monopolize their conversations, leaving Drew wondering where their relationship went. As it becomes more apparent to Drew just how invested and concerned Carly is about Willow finding her birth parents, he’s going to realize she’s worried not that Willow won’t find her parents, but that she will! Drew is about to experience some serious disappointment when he sees that Carly is willing to prevent Willow from finding her family as he did. 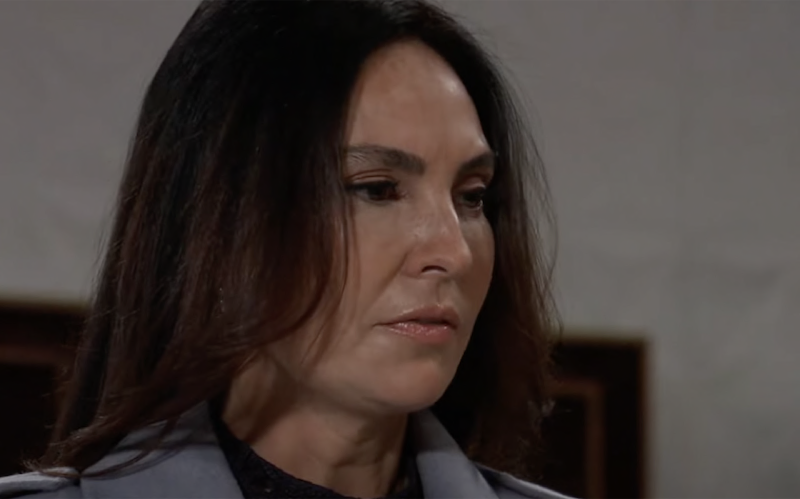 How can Carly and Drew have any kind of future together when she’s holding back and seems to have an agenda? In Carly’s defense, she’s going to feel like she’s stuck between a rock and a hard place. She didn’t tell Drew the truth about the DNA test results, and now it’s come back to bite her.

She never thought she would have to deal with this or speak of it again. She assumed it was best if she was the only person who knew, and she really didn’t want Drew to be burdened with carrying this secret. However, Drew will see it as though Carly didn’t want him to know the truth because she knew he wouldn’t be okay with keeping it between them and not telling Willow. This storyline is just warming up. Stay tuned for more GH news and spoilers just ahead!